This is no joke but a call to BAN di-hydrogen monoxide, otherwise known as the invisible, killer substance. This is probably not the place to post this protest, but we feel very strongly about this issue. For your information, di-hydrogen monoxide (DHMO) is colorless, odorless, tasteless, and kills thousands of people every year.

Most of these deaths are caused by accidental inhalation of DHMO in its liquid form, but the dangers of dihydrogen monoxide do not end there. Prolonged exposure to its solid form causes tissue damage and contact with its gaseous form causes burns. DHMO use is widespread. For those who have become dependent on it, DHMO withdrawal means death.

DHMO can be an environmental hazard: it is a major component of acid rain, contributes to the “greenhouse effect”, leads to the erosion of natural landscapes and hastens the corrosion of most metals. Being so prevalent (quantities are found in every stream, lake and reservoir), DHMO contamination is at epidemic proportions.

Despite the dangers, DHMO is often used as an industrial solvent, as a fire retardant, in nuclear power plants and (can you believe this) in certain food products. Companies dump waste dihydrogen monoxide into rivers and the ocean, and nothing can be done to stop them because this practice is still legal. STOP THE HORROR NOW!

The South African Government and the United Nations have refused to ban the distribution or use of this chemical due to its “economic importance.” The navy and certain other military organizations are highly dependent, one can almost say addicted on DHMO for various purposes. Civil and Military facilities receive tons of it through a sophisticated underground distribution network. It is also stored in large quantities for military emergencies.

BUT IT’S NOT TOO LATE! You can help. Act NOW to prevent further contamination. Write your representatives. Start and sign petitions. Send e-mails. Inform your friends about the dangers. What you don’t know CAN hurt you and every individual throughout the world. 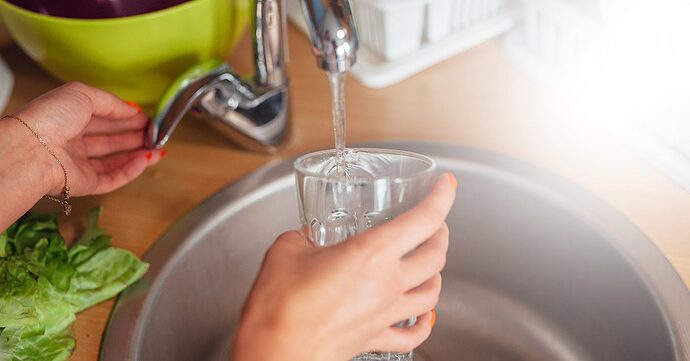 The dihydrogen monoxide hoax shows that even the most innocuous of substances can be made to sound like a dangerous threat to human life. The dihydrogen monoxide parody involves calling water by an unfamiliar chemical name, most often "dihydrogen monoxide" (DHMO), and listing some of water's properties in a particularly alarming manner, such as accelerating corrosion (rust) and causing suffocation (drowning). The parody often calls for dihydrogen monoxide to be banned, regulated, or labeled as dangerous. It plays into chemophobia and demonstrates how a lack of scientific literacy and an exaggerated analysis can lead to misplaced ...

The dihydrogen monoxide hoax is a hoax that involves the use of an unfamiliar name for water ("dihydrogen monoxide"), then listing some negative effects of water and examining individuals' willingness to believe that this actually vital chemical should be carefully regulated, labeled as hazardous, outlawed or banned, and so on. The hoax is designed to illustrate how the lack of scientific literacy and an exaggerated analysis can lead to misplaced fears.[1] "Dihydrogen monoxide", shortened to "DHMO", is a name for water that is consistent with basic rules of chemical nomenclature,[2] but is not among the names published by IUPAC[3] and is almost never used.

In 1997, Nathan Zohner, a 14-year-old junior high student at Eagle Rock Junior High School in Idaho Falls, Idaho, gathered 43 votes to ban the chemical, out of 50 people surveyed among his classmates. Zohner received the first prize at Greater Idaho Falls Science Fair for analysis of the results of his survey.[6] In recognition of his experiment, journalist James K. Glassman coined the term "Zohnerism" to refer to "the use of a true fact to lead a scientifically and mathematically ignorant public to a false conclusion."[13] In 1998, drawing inspiration from Jackson's web page and Zohner's research, Tom Way created the website DHMO.org, including links to some legitimate sites such as the Environmental Protection Agency and National Institutes of Health. On April 1, 1998 (April Fools' Day), a member of the Australian Parliament announced a campaign to ban dihydrogen monoxide internationally.[14] The idea was used for a segment of an episode of the Penn & Teller show Penn & Teller: Bullshit!, in which an actor and a camera crew gathered signatures from actors posing as "concerned environmentalists" on a petition to ban DHMO.[15]

I can appreciate originality, but when bullshit mails are circulated with the place names changed, I’m generally unimpressed.

dont all these fear-mo9ngering mails have the same flavour?

This is no joke

who you trying to convince?

The South African Government and the United Nations have refused to ban the distribution or use of this chemical due to its "economic importance." The navy and certain other military organizations are highly dependent, one can almost say addicted on DHMO for various purposes. Civil and Military facilities receive tons of it through a sophisticated underground distribution network. It is also stored in large quantities for military emergencies.

the conspiracy element has to be there.

allso known as spread the bullshit.

when there is a mail frantic about something, then one can surely know it’s bogus.

Any Penn and Teller fans out there? They did a show on this … very funny.

Yeah, they asked people to sign a petition at the Mall in Washington D.C. to ban DHMO, to prove the point that anyone will sign a petition if you coach it in the right language. Can’t remember what the episode was.

Amusing for the first few times one encountered it, but those times were many moons back.