Info Collected by GMWatch Protesters have destroyed a controversial GM field trial in Belgium. In Wetteren, a municipality in the Belgian province of East Flanders, activists succeeded in damaging …

It is just incredible how selfish these people are, the rest of the people that would want to try out this new gm potatoes get no say in this. Once again people use force to get what they want. Where is the free world, why do the majority always have the say in what is seen as correct in the world. I am soooo tired of this.

Besides do they really think organic food is so great?

It also looks to me like the farmers are scared that their products won’t be bought anymore. They are destroying their competition with force and not with a better product. The way it is suppose to be.

If they don't want change: Hell don't use the technology and science but don't damm other people and give them no choice.

The infamous words “you can’t stop progress” comes to mind. They may win a battle but they are by far losing the war.

However they also feel they are given no choice. AFAIK GM crops are not required to be marked as such in most countries, and these people feel there’s no way for them to avoid consuming GM crops. And I think they are right. Even if they grew their own crops they wouldn’t know if some GM pollen (most GM foods are sterile afaik, but humour me, and their paranoia) had drifted over and “tainted” their organic farm.

In all honesty, I dont know enough about GM crops to have an opinion, all I do know, is if it can assist with starving people in Ethiopia and is cost-effective, I cant say anything negative about it.

As for the so-called “organic” produce, it just p*sses me off, its three times the price of so-called “non-organic” and would someone please explain to me what the hell the “organic” now really should stand for, all the produce grow in soil and get watered and rained upon regardless of where and how its produced.

As far as I’m concerned, if it contains carbon, its organic.

But the term “organic” as used in the shops usually refers to vegetables grown without pesticides. So “organic” probably isn’t the opposite of “genetically modified” crops, anyway. Besides, a “non-gm plant” is in itself wishful thinking - there are hardly any crops today that weren’t artificially selected for throughout several hundred generations of agriculture.

There’s a “Penn and Teller: Bullshit” episode on this and actually it’s quite laughable. “Organic” crops in the states are NOT grown without pesticides, actually they’re using older pesticides than “normal” agricultural crops. Newer pesticides that have scientifically been proven to have much improved safety for consumption. So “organic” in this case just means “old fashioned” or put another way: “more dangerous”. Arguing for organic is like saying “Lead water pipes worked for Rome, it can work for us”.

There’s also this aura around organic food that it “supports the little guy”. But the producers of organic goods are usually large multinational corporations, whom are VERY good at keeping that little fact behind clever marketing.

protesters climbed over a high fence and pulled up GM potato plants. The trial was also allegedly sprayed with herbicide. Some 40 people were arrested.

The non-violent direct action had been announced in advance with the FLM saying they planned to remove the GM potatoes and replant the field with non-GM blight resistant potatoes in a peaceful and public manner.

Why is this report so insistent that the protest was “non-violent” and “peaceful”? How about viewing it from the poor potatoes’ perspective? This is potatocide!
Mintaka 31 May 2011 10:52 #7

"Organic" crops in the states are NOT grown without pesticides

Then I stand corrected. Which is always the best way to stand. 8)

But the term “organic” as used in the shops usually refers to vegetables grown without pesticides.

And without synthesised soil fertilisers (chiefly nitrates and phosphates). How the veggies know whether it was BASF or a cow that made the fertiliser is something you’ll need to ask the organics crowd.

Besides, a “non-gm plant” is in itself wishful thinking - there are hardly any crops today that weren’t artificially selected for throughout several hundred generations of agriculture.

Correct. Another way of looking at it is to say that genetic modification is merely a much more direct way of manipulating genes towards the goals that farmers and breeders have been striving for through selective breeding.

I buy my veggies off of the streetvendors here in the city centre, its like a quarter of the price the local corner shop asks and generally lasts longer in my fridge as well. Go figure, they get the stuff from the market on a daily basis, so its probably fresher as well. They’re also prone to throw in a free avo to boot if you buy lots. Lately I’m into buying my groceries from less “classy” places anyway, Baked beans at R2.99 from checkers are generally the same baked beans at R9.99 from P&P… The only stuff thats the same is the branded items, which I grin and bear - Corn Flakes for e.g.

Free-range meat now, now THERE I can be convinced to dish out a couple extra rands…

i have an organic garden, and lemme tell you something for nothing, if you want anything edible at the end of the day, you have to cover everything with frost-netting to keep the birds out, make a muti of garlic and tea-tree in rooibostea to spray on the stuff to keep the insects and aphids off. and then you have deal with moles, crickets, snails…
so at the end of day, you just say stuff it for a joke, and nuke 'em with fungi/insecticides, coz there is no way in HELL that you can have a flawless crop (as in woollies), without spraying some kind of synthetic something. you can plant garlic inbetween your tomatoes till the chickens come home, the cut-worm dont give shit.
moral of the story - organic is bullshit.

the cut-worm dont give shit.

Tobacco, mix dried tobacco leaves into the ground, the cut-worm just packs up and leave. The only thing I manage to keep alive in my veggie garden is spinach, the rest just curl up and die, but then again, I dont have a good reputation with gardens in general, which is why I have a passion for Cacti and other thorny stuff, they just grow and you can forget watering them and they couldnt care a hoot.

Digressing a bit here, but I’ve been keeping an eye on this developing scenario:

If confirmed it would be the first case in Spain since an outbreak of E. coli bacteria poisoning erupted in Europe two weeks ago, sickening hundreds and reportedly killing 14 in Germany.

Germany has said it detected the potentially dangerous bacteria on cucumbers imported from southern Spain.

But Madrid has resisted any blame.

The Spanish government said there had been no infections in Spain and it insisted there was no evidence the infection came from the cucumbers’ origin in Spain rather than in later handling elsewhere.

Enterohaemorrhagic E. coli can result in full-blown haemolytic uremic syndrome (HUS), a disease that causes bloody diarrhoea and serious liver damage and which can result in death.

On Cucumbers, nogal, we’re used to infected meat, but not as much so vegetables, let alone fresh vegetables.

Faerie, Faerie, quite contrary … don’t you know what day it is? 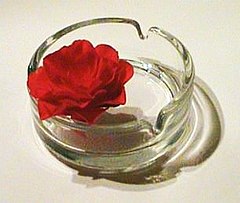 World No Tobacco Day (WNTD) is observed around the world every year on 31 May. This yearly celebration informs the public on the dangers of using tobacco, the business practices of tobacco companies, what the World Health Organization (WHO) is doing to fight against the use of tobacco, and what people around the world can do to claim their right to health and healthy living and to protect future generations. The Member States of the WHO created World No Tobacco Day in 1987 to draw global atten...

As far as I’m concerned, if it contains carbon, its organic.

But the term “organic” as used in the shops usually refers to vegetables grown without pesticides. So “organic” probably isn’t the opposite of “genetically modified” crops, anyway. Besides, a “non-gm plant” is in itself wishful thinking - there are hardly any crops today that weren’t artificially selected for throughout several hundred generations of agriculture.

I note the e-coli outbreak in Europe is linked to organic produce, whether it is ultimately going to be blamed on the cucumbers, the tomatoes or the lettuce, remains to be seen. 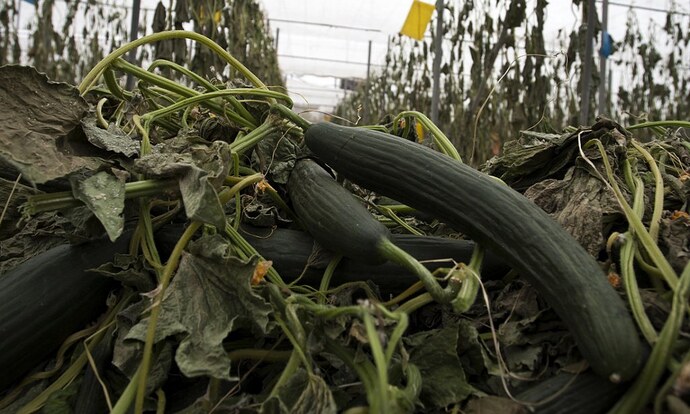 A woman in Sweden, who had recently returned from Germany, died, bringing to 16 the number of people who have so far been killed.

So, they’ve decided its the sprouts…

Authorities have identified the source of the weeks-long outbreak as being vegetable sprouts from an organic farm in Lower Saxony, northern Germany.

The farm has been closed and all its products recalled. The farm cultivated sprouts from a variety of products including lettuce, azuki beans, mung beans, fenugreek, alfalfa and lentils.

These “organic” farms rely more on manure than on synthesized fertilizers and this is of course how the e-coli is spread. If this leads to the “organic” cultivation of crops falling into disfavour, I would not shed a single tear.