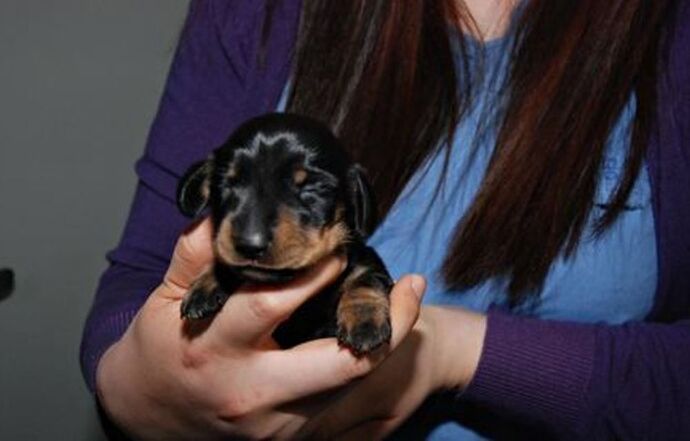 But researchers warned that while a cloned dog might look similar to its biological parent, it will be a very different animal.

“You would have about as much chance of replicating your favourite pet by choosing one from Battersea Dogs Home as you would from cloning it. And the former is likely to be loved more as it will not fail your expectations,” said Robin Lovell-Badge, a geneticist at the National Institute for Medical Research in London.

“It is extremely unlikely that a puppy cloned from a favourite pet will grow up to behave the same way.”

That’s such a cool name for a dog.

I had two dogs named Horrible and Terrible. They did not live up to their names. You were in danger of being licked to death, but that was it.

You were in danger of being licked to death,

Oh, how horrible. That is really just terrible!

Well, anyway, I wonder to what extent a dog’s personality is genetically determined. Perhaps this lady after all gets exactly what she wanted: a clone of the original.

Well, anyway, I wonder to what extent a dog’s personality is genetically determined.

My guess is a lot.