Please post any interesting books or links that influenced you.

The Demon-Haunted World: Science as a Candle in the Dark by Carl Sagan

Almost done with “How the mind works” by Steven Pinker.
A very nice read with some interesting ideas.

Then of course almost anything by Richard Dawkins, but especially “The blind watchmaker” and “The selfish gene”

“A short history of nearly everything” by Bill Bryson was good, although I did skip almost an entire chapter where he got heavily into Taxonomy.

And the last one I want to mention is “The Pleasure of Finding Things Out” a Collection of short works by Richard Feynman. It gives a good insight into the life and views of an extraordinary person.

Apart from those sceptical books already mentioned, a short list of those I consider either important or very readable, or both:

Interesting link on what the Pope actually said… 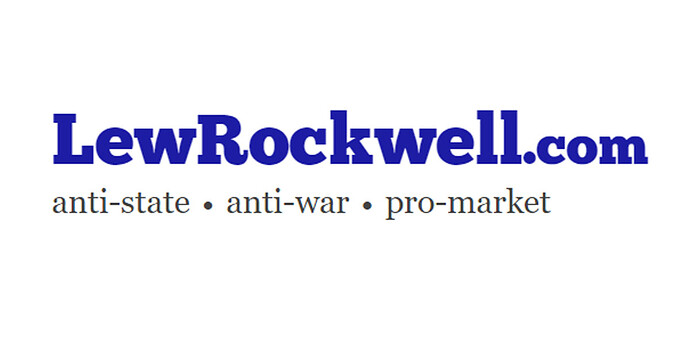 He Was Warning the West - LewRockwell

DIGG THIS Pope Benedict XVI got himself in trouble this week when something he said in a speech ticked off large chunks of the Muslim world. Benedict has apologized, which is the polite thing to do (your mother said so, right?), even if he didn’t...

Almost done with “How the mind works” by Steven Pinker.
A very nice read with some interesting ideas.

If you enjoyed that, you’d probably like “Consciousness Explained” by Daniel Dennett.
And “Words and Rules” also by Steven Pinker.

“A Brief History of Time” by Stephen Hawking is definitely worth a recommendation. But for a book that really influenced me: “Godel, Escher, Bach” by Douglas Hofstadter.

Got Daniel C. Dennett, Brainchildren - Essays On Designing Minds in e-book if you want…

When I get my copy of Consciousness Explained back from the person who’s reading it now :

you could borrow it … whereabouts are you?

SecretCode,
That would be great! Maybe we can do a temporary swap.

I am in the Ormonde area during the day…

Qrios,
That e-book sound interesting. How big is the file?

For those who don’t know about it, Project Gutenberg also has many thousands of free titles, which can be downloaded in a variety of file formats (TXT, HTML, PDF, Plucker).

However, it is unlikely that one will find modern titles (like Daniel Dennett) there, although there’s a fine selection of old titles, both fiction and non-fiction, for the ardent bibliophile.

That is a great source for interesting books. I can recommend Memoirs of Extraordinary Popular Delusions by Charles Mackay.
What really is interesting, is that he deals with mostly the same issues we do today, but he wrote about it 150 years ago.

Yes, Mackay’s book is a wonderful compendium of human stupidities, from marketing hype, through the Crusades, witch hunts, and alchemy, etc.

But be warned - the book isn’t for the faint-of-heart. The three volumes come to over 700 ordinary pages, and, having first been published in the mid-1800s, the language use is very different to what one encounters these days.

There goes my self-esteem :-\

BTW… the Daniel C. Dennett, Brainchildren - Essays On Designing Minds - e-book is about 3 Meg’s so I can mail it, or upload it if someone wants it…

Just zoom out… quite a nifty little tool… I can actually see my house If I zoom in on the correct area… ;D

Yes it does take some effort. I still haven’t read all of it yet.

There goes my self-esteem :-\

Dont worry, you will get it back

BTW… the Daniel C. Dennett, Brainchildren - Essays On Designing Minds - e-book is about 3 Meg’s so I can mail it, or upload it if someone wants it…

I know… sorry wasn’t thinking… Anyone who wants, PM me.
Privately. 8)

I joined today, this is my first post. I feel right at home already, so here’s my ten cents’.

Yes, any and all by Dawkins, but I’d like to point out his book of selected essays, called “A Devil’s Chaplain”. These essays in particular stood out for me: “Darwin Triumphant”, “Son of Moore’s Law”, “Viruses of the Mind” and the very personal and poignant “Letter to my daughter - Good and Bad Reasons for Believing”.

Daniel Dennet’s exposition of the Brights movement is quite interesting - though I’m having a hard time buying that whole “bright” as noun and not adjective business (here’s one by Dawkins as well). Other than the unfortunate name (or does anyone think it’ll stick?) I’m solidly with them.

Then I’m gonna go out on a limb here and mention the three books that influenced me as a teenager the most way-back-when. They’re fiction, but each one an excellent read. Just throwing it in there, see what happens, whatever, you know.

Howzit & welcome to the forum.

… I’m having a hard time buying that whole “bright” as noun and not adjective business … Other than the unfortunate name (or does anyone think it’ll stick?) I’m solidly with them.

Yes, the label bothers me also. It smacks too much of an uncharacteristic superiority, and has been criticised elsewhere.

Unfortunately, the name “Illuminati” had already been taken. ;D

Hi, and welcome
I agree. I don’t like the term bright either.

How does Devil’s Chaplain compare to Dawkins’ new book The God Delusion?

PS Any fan of Terry Pratchett is certainly welcome here

I must confess to being a useless heretic - I have yet to get my hands on a copy of God Delusion. Can’t wait.

The nice thing about Devil’s Chaplain is that it’s “Dawkins Lite,” in a sense. Bite-sized chunks of this and that. The essays are grouped into seven sections: Science in general; Evolutionary biology in particular; Memes and religion; A collection of obituaries, amongst which two on Douglas Adams; An extremely enjoyable and even touching section dedicated to his late nemesis Stephen Gould; Musings on Africa; and finally, the open letter to his daughter that I mentioned.