Received this via email from an unknown source. It offers no real surprises. An unremarkable claim demands humdrum evidence, so every word is probably true. 0:)

Still, its interesting to note that a small dog sleeping inside is still considered the number one deterrent.

Still, its interesting to note that a small dog sleeping inside is still considered the number one deterrent.

Best deterrent is a nosy neighbour, move to a neighbourhood with plenty of old, bored, retirees and you will be as safe as houses. They poke their noses into everybody’s business and I’ve caught my across-the-road nosy parker climbing over my gate one afternoon “because he heard something funny in my back yard” - not bad for a 72 year old - although this annoyed me horribly as well and I told him off. He also rummaged through my rubbish and I asked him whether his wife doesnt feed him enough at home? He sort of ignores me now.

I heard the best way to be safe is to join the AWB, put up a sign that says “Blacks will be shot” and fly a Vierkleur on your roof. There will be no robberies because an army of police will be watching you day and night…

*** Comment deleted on instruction from Mrs Kent. Apparently my mind is in the gutter again.

Best deterrent is a nosy neighbour

Also true. We have a kindly "uncle" in his late seventies as a neighbour. He regularly keeps an eye on the property when we go away, and I'm happy to leave a set of keys with him. I must say, he is worth his weight in gold to us.
brianvds post:3:

I’ve heard it does very little but impede your ability to drive a horse.

a small dog sleeping inside

That’s no way to talk to your lady.

I have noticed on my walks around the neighbourhood that many people keep dogs nowadays. Some keep these huge, slavering monsters that jump against the fence and look ready to tear passersby limb from limb. They probably would too if they could get out. Sooner or later, such dogs will turn on their owners or on the kids or on grandma. You regularly read of that sort of tragedy in the papers.

What I also notice is that virtually all the dogs, whether large or small, furiously start barking at absolutely anyone and everyone passing in the street. But an alarm that goes off all the time is a useless alarm.

So I am inclined to agree that a small dog inside the house, that has been trained not to bark at absolutely everything, is probably a better form of alarm. But only if the dog is reasonably alert.

Many years ago, around the time when I was born, my dad woke up one evening from a noise in the house. He went to investigate, and his initial thought was that someone had robbed a neighbour’s house and then, for some reason, had fled through our house. But then he recognised some of the items of clothing and other stuff that was strewn all over the floor. By that time the thief had managed to make his getaway. The police were on the scene within minutes; it was still the “old” South Africa. Statements were taken, the scene investigated and even dusted for fingerprints. Then the cops left.

And then, our guard dog finally woke up next to my parents’ bed where he had been sleeping. “Woof,” he said, rolled over and slept on…

And then, our guard dog finally woke up next to my parents’ bed where he had been sleeping. “Woof,” he said, rolled over and slept on…

Right - like the dyslexic insomniac philosopher who lies awake all night wondering if there really is a dog?

Right - like the dyslexic insomniac philosopher who lies awake all night wondering if there really is a dog?

Hmmm. No. Insomniac wives hear everything including sweet little frog croaks. It sucks. This is from experience.

Problem is, there really aren’t all that many to count! 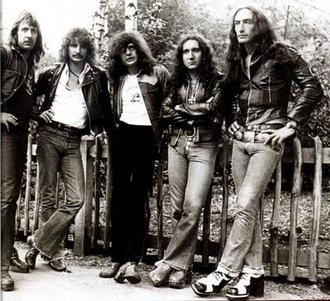 Problem is, there really aren’t all that many to count!

Even better. You count them over and over - boredom will soon put you asleep.