The coddling of the American Mind

Came across this article and its a fascinating read. I do wonder what this world is going to look like in 10 - 15 years time when the current young generation with their undeveloped social skills which is so necessary to function in adult life is suddenly in charge of the world. 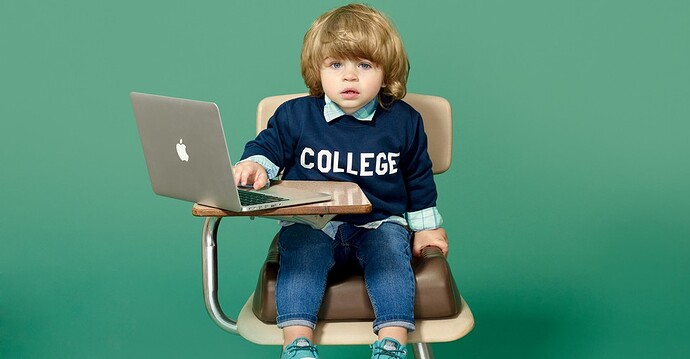 How Trigger Warnings Are Hurting Mental Health on Campus

College students are increasingly demanding protection from words and ideas they don’t like. Here’s why that’s disastrous for education.

Its a longish article but an interesting one.

Two terms have risen quickly from obscurity into common campus parlance. Microaggressions are small actions or word choices that seem on their face to have no malicious intent but that are thought of as a kind of violence nonetheless. For example, by some campus guidelines, it is a microaggression to ask an Asian American or Latino American “Where were you born?,” because this implies that he or she is not a real American. Trigger warnings are alerts that professors are expected to issue if something in a course might cause a strong emotional response. For example, some students have called for warnings that Chinua Achebe’s Things Fall Apart describes racial violence and that F. Scott Fitzgerald’s The Great Gatsby portrays misogyny and physical abuse, so that students who have been previously victimized by racism or domestic violence can choose to avoid these works, which they believe might “trigger” a recurrence of past trauma.

Some recent campus actions border on the surreal. In April, at Brandeis University, the Asian American student association sought to raise awareness of microaggressions against Asians through an installation on the steps of an academic hall. The installation gave examples of microaggressions such as “Aren’t you supposed to be good at math?” and “I’m colorblind! I don’t see race.” But a backlash arose among other Asian American students, who felt that the display itself was a microaggression. The association removed the installation, and its president wrote an e-mail to the entire student body apologizing to anyone who was “triggered or hurt by the content of the microaggressions.”

According to the most-basic tenets of psychology, helping people with anxiety disorders avoid the things they fear is misguided.
This new climate is slowly being institutionalized, and is affecting what can be said in the classroom, even as a basis for discussion. During the 2014–15 school year, for instance, the deans and department chairs at the 10 University of California system schools were presented by administrators at faculty leader-training sessions with examples of microaggressions. The list of offensive statements included: “America is the land of opportunity” and “I believe the most qualified person should get the job.”

The press has typically described these developments as a resurgence of political correctness. That’s partly right, although there are important differences between what’s happening now and what happened in the 1980s and ’90s. That movement sought to restrict speech (specifically hate speech aimed at marginalized groups), but it also challenged the literary, philosophical, and historical canon, seeking to widen it by including more-diverse perspectives. The current movement is largely about emotional well-being. More than the last, it presumes an extraordinary fragility of the collegiate psyche, and therefore elevates the goal of protecting students from psychological harm. The ultimate aim, it seems, is to turn campuses into “safe spaces” where young adults are shielded from words and ideas that make some uncomfortable. And more than the last, this movement seeks to punish anyone who interferes with that aim, even accidentally. You might call this impulse vindictive protectiveness. It is creating a culture in which everyone must think twice before speaking up, lest they face charges of insensitivity, aggression, or worse.

We have been studying this development for a while now, with rising alarm. (Greg Lukianoff is a constitutional lawyer and the president and CEO of the Foundation for Individual Rights in Education, which defends free speech and academic freedom on campus, and has advocated for students and faculty involved in many of the incidents this article describes; Jonathan Haidt is a social psychologist who studies the American culture wars. The stories of how we each came to this subject can be read here.) The dangers that these trends pose to scholarship and to the quality of American universities are significant; we could write a whole essay detailing them. But in this essay we focus on a different question: What are the effects of this new protectiveness on the students themselves? Does it benefit the people it is supposed to help? What exactly are students learning when they spend four years or more in a community that polices unintentional slights, places warning labels on works of classic literature, and in many other ways conveys the sense that words can be forms of violence that require strict control by campus authorities, who are expected to act as both protectors and prosecutors?

This is ridiculous—and perhaps a consequence of the US’s habitual litigiousness. The nanny state is being turned before our eyes into a wet-nurse state inhabited by high-strung crybabies and schoolmarms.

If you think this is only happening in the states, you are sorely mistaken. I’ve been the subject of scorn in this country for “triggering” people and violating their “safe spaces” and indulging in the crime of “intersectional oppression”.

How “micro” can a micro-aggression go? Where are the limits/boundaries? Who determines these? This is IMHO also the fallout of what became known in the 70’s and 80’s as “multi-culturism” on campuses which had inter alia and in a strange way, the effect to politically and socially isolate cultural groups e.g. Hispanics and while respect for cultural diversity was the initial aim, its negative consequences led to some countries (Oz, Netherlands etc) returning to national “monoculturism”…fit on or fuck off almost… (wtf!!)

Its definately a thing here as well, but not as well articulated. The young people (fresh out of varsity/school) here at work this year for the first time is having me deal with tears when they are corrected or reprimanded for something, previously I would have dealt with disdain, disgust and some serious tantrums for the same type of scenarios, but now I’ve got kids burst out in tears and have no clue as to how to deal with critisism, positive or otherwise. I prefer the tantrums to be honest and fortunately there are still some of those.

Boogie - I’ve come across the “safe place” thing as well, and its usually the unsafest place to allow themselves (or oneself) into as you are allowing yourself to be vulnerable in a public/social environment. It just ties back into being socially ignorant and unprepared to face the world. The only bloody emotionally safe place is when you are alone at home with no other human around. Even kids will drain the last ounce of blood from your emotional psyche if you provide them opportunity. Its one of the newer “psychology” ideas in the workplace, convincing people they can “tell their stories” and then hammer them afterward because they have sufficient ammo.

What I find most annoying is that it is a form of faux intellectualism. The people engaging with this nonsense happily look down through their half-raised spectacles, right past the tip of their nose down on the bottom-dwelling people who don’t have their, obviously superior, sensibilities. I’ve gotten emails sprawled with links to web pages so I may “educate” myself on my “privilege”. (Privilege: The crime of being always wrong).

Of course, only better-than-thou until you speak… at which point they become helpless defenceless bubble-people who will be utterly destroyed and decimated and will require years of therapy… at the slightest hint of a contrary opinion.

This is all, of course, a hugely hypocritical display of judging judgement.

Oh, fer heaven’s sake. The fuckin’ spics and gooks can’t possibly be THAT sensitive, can they? >:D >:D