Fascinating, although a bit disturbing to look at:

Sara Wilcox, a Guinness World Records spokeswoman said he is the “longest surviving Janus cat,” referring to the name coined by British zoologist Dr. Karl Shuker, based on the two-faced Roman god of transitions, gates and doorways.

Frank and Louie has craniofacial duplication, an extremely rare congenital condition. The disorder, also known as diprosopia, can cause part or all of an individual’s face to be duplicated on its head. 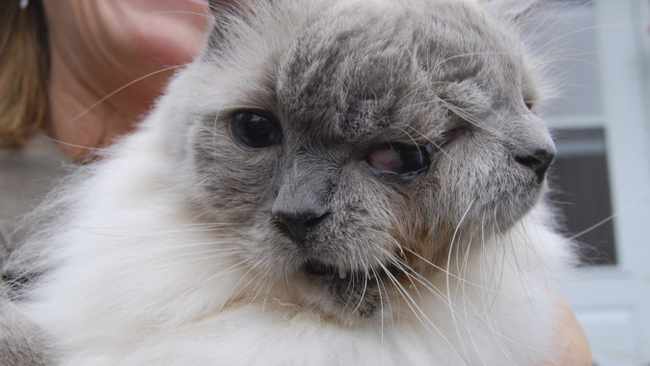 Why, oh why didn’t they call it Janus?