Since I scour the papers and often come across little articles/columns/letters that I enjoy, I figure a thread of their own would make a nice read.

Rohypnol of the masses
by Chris McEvoy
Although it helps, humans don’t need religion to be stupid.

I guess now would be the perfect time to talk smack about religion. Muslims must be too feeble with hunger after starving themselves for a month to get all fatwa on my ass, Christians have never been much of a threat since they burnt their last witch and now Steven Hawking, a man with few options but to sit and think a lot, has declared that there is no god.

Well, pfft. I could have told you that.

But it’s always welcome when yet another smarty-pants adds their name to the ever-growing list of out-and-proud atheists, not because it makes me feel smug and self-righteous (although it does), but because, being the eternal optimist that I am, I live in hope that religious people will start to wonder why in burning hell their parents taught them all this god crap in the first place.

Surely at least some of them must have noticed by now that although religion may be high in numbers, it’s nearly flat-lining in brain activity. If there’s any truth to the saying that people get the leaders they deserve, the faithful are being positively punished for their stupidity.

On Team Kafir we have Albert Einstein, Richard Dawkins and the contents of Stephen Hawking’s wheelchair, among many thousands of scientists who’ve spent millions of hours scrutinising everything from the tiniest sub-subatomic string thingies to the mind-boggling expanse of the universe (and beyond, if you want to get into the intricacies of multiverse and M-theory).

And on Team Faithful? Well, there’s that farmer guy who tells us we’ll find all the answers we’ll ever need by being more like a potato. Yes, a potato. You won’t need any of that highfalutin’ book learning when you’ve discovered your inner spud.

Yes, he sounds like a veritable brainiac. And as it turns out – spoiler alert! – potatoes are sexist homophobes. Who woulda thunk it?

OK, maybe I’m being a bit unfair to pick on Angus Buchan (again), but I’m not exactly spoilt for choice when looking for religious leaders with a grip on reality. Who would you recommend? Ray McCauley? Pope Benedict XVI? Or perhaps I overlooked a Grand Ayatollah who shouldn’t be forced into a straitjacket and carted off to the funny farm before he hurts himself with an uncorked fork?

Throw a potato at academia and you’ll probably injure an atheist – but evidence for the existence of, say, a cosmologist who claims to be just killing time before the Rapture kicks in, is sorely lacking. Yes, there are a few religious intellectuals, but these are exceptions which prove the rule – the rule being that religious people either wilfully ignore evidence contradictory to the knowledge blockage that is their faith, or are – for the most part – functional imbeciles.

But that’s saying more about humanity than it is about religion. Spiritual faith is little more than a hula-hoopian flash in our cultural history timeline, marking the dawn of our sentience as a species, and will probably be long gone before we are.

Sure, atheism was once synonymous with revolutionary thought (the word ‘heretic’ is derived from the Greek hairetikós, meaning the ability to choose for oneself), but it has since grown to also include painfully trendy, pseudo-intellectual assholes (looks up at the ceiling, whistling).

At this rate, it’s just a matter of time before atheism, like religion that came before it, also becomes a pullulating pandemic of idiocy – perhaps even of Buchanian proportions.

After all, we’re just monkeys with medical aid. And although we atheists are presently holding all the clever cards, our inevitable growth will undoubtedly prove for once and for all that we humans don’t need religion to be stupid.

Although it helps. A lot. 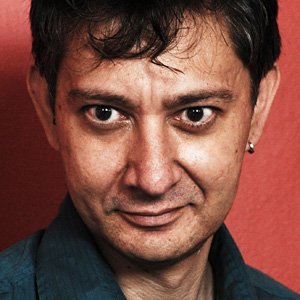 Rohypnol of the masses | Channel

Although it helps, humans don't need religion to be stupid.

What a knob, THAT pastor guy from Hicksville USA.

With much bravado he promised to burn the Qu’ran, along with copies of Harry Potter, Liewe Heksie, The South African Constitution and other products of pure evil. With handlebar moustache and the Good Book under his arm he proclaimed to the world that, tomorrow, instead of his usual ‘gator an swamp-snake barbeque, he was going to do to the Muslim Holy Text what George Bush did to those deserving desert dwellers in Iraq.

Predictably the world responded with shock, while his followers responded with awe. Or Awww, or Yihaaw, or whatever the accepted grunt of approval is from the World-knuckle-dragger-society’s Florida chapter.

Every now and then some religious imbecile does something remarkably stupid.

Who can forget the dude who pitched up in Pakistan armed with nothing but a bible, a sword and a map of Disneyland in his quest to “find and kill” Osama bin Laden? Who can forget the many scandals of evangelist Billy Graham and the philandering folly of South Africa’s own messiah, Reverend Jacob Zuma – known to stray from the path of the righteous man on occasion…

In fact it is probably the other way around. Every now and then the Reverend accidently stumbles across that righteous path, only to quickly slither off into the shadows of Chinese imperialism.

Do me a favour.

From the Crusades and burning at the stake of anyone believing the earth was not flat, to the finger-wagging hypocrisy from the world’s collection of crackpots, the masses are being duped into finding faith in houses of gold and glass, salvation in sanctimony, belief that theirs is the just, the only, the chosen path to the heavens.

Everyone the same. Every single one wrong.

Faith is not a business to prosper from, a cause to crusade for, an excuse for inexcusable actions. It will not find you a job, it will not fix your mess, it will not come to your defence when you have wronged.

Whoever / whatever you choose to believe in is worthy of praise only if it makes you a better person.

If it teaches you compassion and tolerance, acceptance and honesty – then it is right. If your prayers are for the benefit of others, for your countrymen and humanity as a whole, if your eyes cast to the heavens wishes of good for mankind and if your whispers do not curse, but ask for great things for the lives of those our ancestors regarded as enemies – then, and only then, can you claim to be an enlightened being of this world.

Then, and only then – when we stop believing we are better than each other, based on nothing but who we choose to believe in, can this become a place of peace, a place of sanity, a place where every man is a brother and everyone a friend.

Our own kingdom of heaven.

An ice cream company banned from using an advert showing a pregnant nun vowed on Wednesday to place similar posters along the route of Pope Benedict XVI’s visit to London this week.

The advert for the Antonio Federici brand showed the heavily pregnant nun standing in a church holding a tub of ice cream and a spoon, with the strap lines “Immaculately conceived” and “Ice cream is our religion”.

Britain’s Advertising Standards Authority (ASA) said it had banned the ad for “making a mockery” of the beliefs of Roman Catholics.

The advert appeared in The Lady and Grazia magazines earlier this year, prompting complaints from 10 readers that it was offensive to Christians, particularly those who practised Catholicism.

A spokesperson for Antonio Federici said the company intended to flaunt the ban by publishing another advert portraying “a continuation of the theme”.

“We intend to defy the ASA’s ban and will publish another advert from the series before the Pope’s visit later this week,” she said.

“We are in the process of securing a series of billboards close to and along the planned route of the Pope’s cavalcade around Westminster Cathedral.”

The ASA said its rulings “must be followed”.

A spokesperson said: "ASA rulings must be followed and we are taking steps to ensure Antonio Federici do so.

"We do not comment on the likely compliance of ads that have not yet appeared.

“However, we are continuing to conduct work behind the scenes, including with the advertiser, to ensure they comply with the rules.”

Defending the banned ad, Antonio Federici said the idea of “conception” represented the development of their ice cream, and their use of religious imagery stemmed from their strong feelings towards their product.

The company said it also wished to “comment on and question, using satire and gentle humour, the relevance and hypocrisy of religion and the attitudes of the church to social issues”.

The pope arrives in Edinburgh on Thursday to start a four-day state visit to Scotland and England.

He moves to London on Friday for two days and will move between his engagements by popemobile. - Sapa-AFP

The nun said she got pregnant from an angel. When she was asked how she was sure the man was an angel, she said that he had St Michaels on his underpants.

Maybe the people who complained about the nun thought that the Pope would prefer a picture of a nice succulent choirboy - as most of his priests seem to.

55 000 different religions and sects that differ over God’s message. Only one Darwin. I am for quality over quantity.

lol… I enjoyed these…