Is philosophy dead? Has science all but made it unnecessary? What exactly do we get from philosophy? Does it do anything to progress the human experience? Is this just a case of apples and oranges? 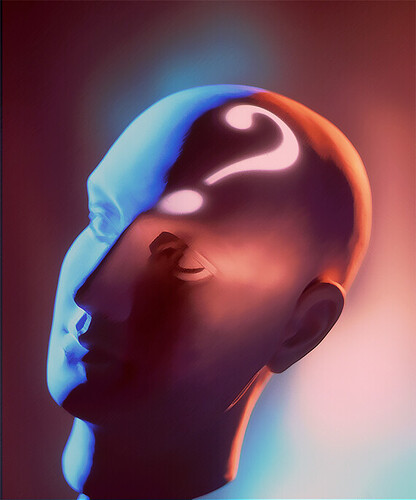 A subject we have discussed here before has raised its head yet again. In January, theoretical physicist and Director of the Origins Institute at Arizona State University, Lawrence Krauss, publishe…

So I saw the blog post today, I’ve not followed the links to read the arguments yet, but thought I would post it here and see if we can get some conversation going.

Science could talk about (and eventually make redundant) some branches of philosophy like Metaphysics and Epistemology.

But I don’t think it can talk about other branches like Aesthetics, Social, Ethical, or Political philosophy.

Sam Harris is trying to change that, however I’m still skeptical.

Is Philosophy Dead? (Revisited) A subject we have discussed here before has raised its head yet again.

Uhmm… not quite dead, it would seam.

I think it very much depends on our idea of what philosophy is. And what it is not. And how far you are willing to cast the philosophical net. (You didn’t expect a definition of philosophy to be straight forward now, did you! :P)

It can easily be argued that the scientific method, the whole of mathematics, and even Popper’s notion of falsification - a well known and major scientific tool - are in themselves products of philosophy.

So I prefer to view philosophy in this broader sense: from the reacreational where one can spend happy hours contemplating the Big Questions using nothing more than your brain and a bottle opener, to the massively utilitarian, where that same brain needs to come up with a clever way of reducing the dwell time in an automotive paint shop. And is it really too far fetched to ask you to imagine that your numerous prior flirtations with the Unanswerables equiped you better in solving your industrial problems!

…indeed, but not always with the same results. Depends IMHO on the quality vs superficiality vs “relevance???” (not too sure about the latter though).

Depends IMHO on the quality vs superficiality vs “relevance???” (not too sure about the latter though).

By superficiality, do you also include pseudo-profundity … the art of masking patently obvious declarations with a slow, deliberate and unnecessarily low voice while nodding rhythmically with half-closed eyes: “… Death/ comes/ to/ us/ all …”*

Relevance? Highly relevant. Consider, for example, the personal trait of attitude: how we decide to react towards the stuff the world presents to us. Each of us (humans) presumably come to establish (and then continuously modify) the set of guidelines that make up our attitudes. We arive at these guidelines through analysis of situations, running social simulations and performing game-theory-like calculations in our heads. What is this if not philosophy on-line, alive and unplugged? Many of us have attitudes so highly refined that, even when treated unfairly by a stranger, our secondary impulse of finding a peaceful outcome to the benefit of both parties will easily override the far more natural urge of rawl bolting a short plank to the offender’s face.

Philosophy is the wedge between humans and the higher animals. ;D

Again agreed Rigil. By “relevance” I was stating (maybe vaguely) that some philosophies are maybe not as relevant as others. Maybe some just die natural deaths while others could remain relevant and pertinent to life’s little questions. The capacity to think and be aware of this is a human trait (homo dialogicus) and philosophy is one of the manners in which we exercise this capacity. I sincerely believe that philosophy should form part of the educational portfolio of every student, in whatever field they wish to specialize.

… some philosophies are maybe not as relevant as others…

Relevant to what, though? Certain domains of philosophy will undoubtedly strike us as superficially superfluous. Elsewhere on this forum, someone comicaly refered to pondering of these questions as navel-gazing. Still, for some reason these Big Unanswerable Boytjies continue to fascinate, and perhaps that in itself is enough to give them at least some recreational value. It is not uncommon for these very same, seemingly irrelevant philosophical concepts to feature as the central theme in block-busting movies! So what I’m trying to say is that we should be careful before brazenly declaring a philosophical topic irrelevant without specifying what exactly it is irrelevant to.

I sincerely believe that philosophy should form part of the educational portfolio of every student, in whatever field they wish to specialize.

That would be a happy day indeed. Even if presented as a non examinable subject, like music used to be. Or as part of life orientation. At my last workplace, there was a Frenchman in the labs who said that it was included in their high school curriculum. He remembers finding it boring. But no matter, the important stuff stuck, and even if we appreciate it only later in life, a least we will have the right tools rattling around somewhere. :)

Logic is actually Philosophic activity and is used in Math and computer science and skepticism
I think it should be taught it’s one of those things that seem trivial when learning it.

But ones you see an argument with a premise and a conclusion, it’s much easier to decide
if the argument is valid.

Modern philosophy (measured roughly from the point when the Logical Positivists, especially the Viennese school thereof, fell out of favour) has focussed predominantly on language and its relation to mental constructs and reality.

Now why on earth should that be? (No, it is not a rhetorical question or one that I intend answering in this post. It is for the reader to think about.)

There is a commonly-held notion that philosophy is essentially timeless. This is hardly so, even though the Big Questions™ for which philosophy is best known may appear to us timeless, which, like all human intellectual endeavour (including philosophy itself), is perhaps more a reflection of the human psyche trying to make definitive sense of the world in order ultimately to procure an unassailable security for the self and everyone. (Notice how the last is a question to be settled by empirical science, not philosophy. In other words, the reason why philosophy is important to us probably hinges on a scientific question regarding the relationship of the human mind to the real world.)

Unlike science, you cannot study philosophy deeply without considerable understanding and reference to its developmental history. Most of its ideas only make proper sense against the backdrop of how they come about.

And science will never do away completely with metaphysics or epistemology — or any branch of philosophy for that matter. Science will guide and even to an extent shape where philosophical pursuits are aimed, which is what has happened ever since the ideological/pragmatic rift between philosophy and science became sufficiently prominent: Philosophy, like science, has become much more descriptive and less prescriptive. In turn, philosophy will, to an extent, guide the methods and directions of enquiry of science. In this regard, I strongly suspect that science will arrive at a (mostly) coherent theory of human morality long before philosophy is in any serious trouble.

In short, there is little reason why science and philosophy should clash, or the one make the other redundant. Unlike theologians, philosophers have learned that pure cogitation without directed observation is ultimately sterile. 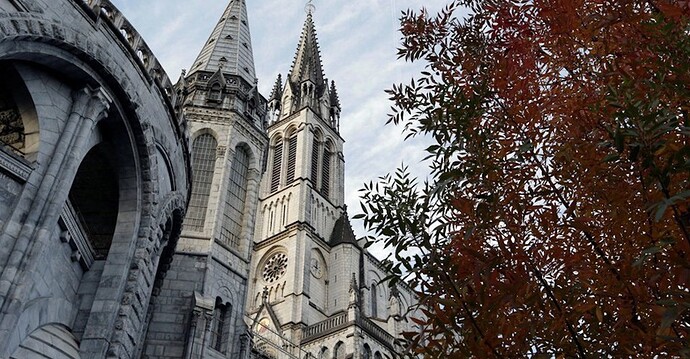 Has Physics Made Philosophy and Religion Obsolete?

"I think at some point you need to provoke people. Science is meant to make people uncomfortable."

After reading it I think the hole response is exaggerated.

Also this podcast I found was very interesting about Philosophy of Science.

It raised a good point about most scientist are working in a field of study are working on certain problems,
and as they point out that you are only going to solve problems you think you have the answer to. In which case
your not going to spend time and money doing things that you think are wrong.

The implications of this is, are there enough study’s trying to test the validity of theory’s, or are we to comfortable
in our sand boxes to test the paradigms.