Anjem Choudary setting up Sharia governed areas in the UK. 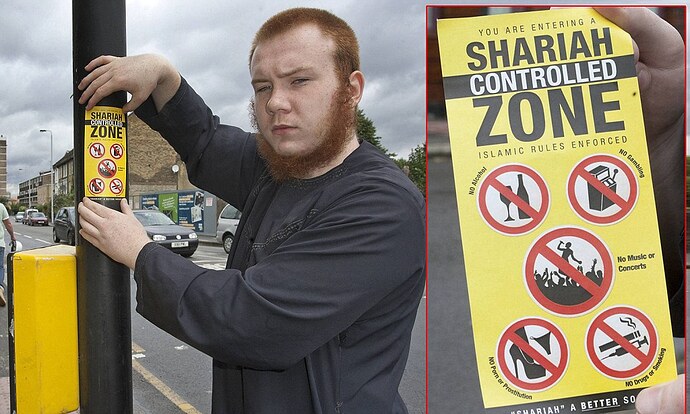 With stunts like this one wonders why Sam Harris gets the press he does.

Well for a start he’s ginger which is never a good thing in England… but really this is just asking for readers of The Sun and other dirty tabloids to go attacking anything Muslim, just like when they attacked the Paediatrician because they thought that meant he was also a child abuser - if only they read past the first 4 letters. There was similar tension after 9/11 between different communities. The ironic thing is many Muslim communities are in inner city areas which is exactly where most of the prostitution, drinking and drugs take place and well being teh oldest profession the prossies were there first.