Why are Black holes often shown like this? What is with the 900 bend? 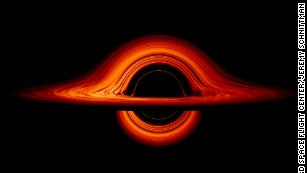 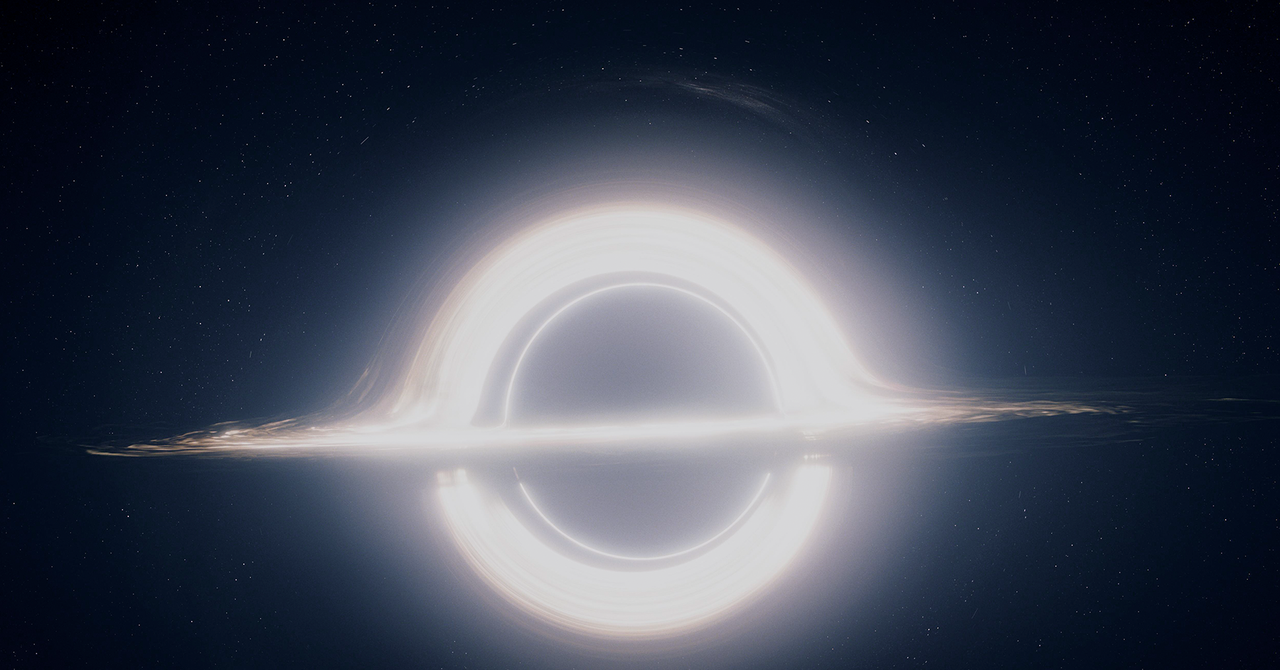 How Building a Black Hole for 'Interstellar' Led to an Amazing Scientific...

Kip Thorne looks into the black hole he helped create and thinks, “Why, of course. That's what it would do.” This particular black hole is a simulation of unprecedented accuracy. It appears to spin at nearly the speed of light, dragging bits of the...

It’s an artist’s impression possibly aided by CGI, based on what the physics of the situation imply a black hole would look like. The first thing to note is that this particular example is of a black hole, possibly a spinning one, that is surrounded by an accretion disc, similar to Saturn’s rings, composed of interstellar dust and gas. The glow is the result of gas particles fluorescing as they are accelerated in the fierce gravitational field. The glow is also red-shifted by gravity. All the visible features are of course outside the black hole’s event horizon, below which no light can escape.

Thank you for the explanation.

A while ago I watched a very well explained description of what you see when looking at a black hole.