As the next election draws nearer, politicians, known for making stupid statements will say absurd things like this. Let’s record those here. After the election we can award a prize (something like the Pigasus Award) to the one who came up with the most bird brained saying. We can maybe call it the Manto award or something.

African National Congress national head of elections Ngoako Ramatlhodi told a rally in Polokwane that, given the chance, animals would vote for the ANC.

The Star quoted Ramatlhodi, who is also the deputy minister of correctional services, as saying: “Even the fish, I am told, when the time comes, they vote for the ANC from the sea. If animals at Kruger National [Park] were allowed to vote, they would be voting [for] the ANC.”

Ramatlhodi was making the point that the ANC enjoys the support of the majority of voters in the country, unlike the “three-headed serpent” of the opposition, which is made up of the Democratic Alliance (DA), the Congress of the People (Cope) and the newly formed Agang SA.

According to The Star, Ramatlhodi said that the DA was a remnant of the apartheid system and that it had become arrogant.

“And we see elements of that confidence played out by organisations such as the DA, claiming our history, expropriating our symbols, claiming to own our heroes, even our Nelson Mandela,” The Star quoted him as saying.

Ramatlhodi urged ANC volunteers to educate South Africans about the struggle ahead of the 2014 general elections so that the ANC can teach the DA a lesson at the polls, The Star reported.

The sad thing is, GW Bush said much the same: “I know the human beings and fish can co-exist peacefully”.

On second thought, maybe there are sentient fish people living under the sea, but we’re not told by the guvern’mnt to save our heads from exploding.

It’s a conspiracy! And these little “slips of the tongue” by political figures are actually hidden messages to the merfolk embassy. Seems plausible.

Anyhow, maybe not said by a politician, but I still found this little rant on the moral virtuousness of excrement hilarious. 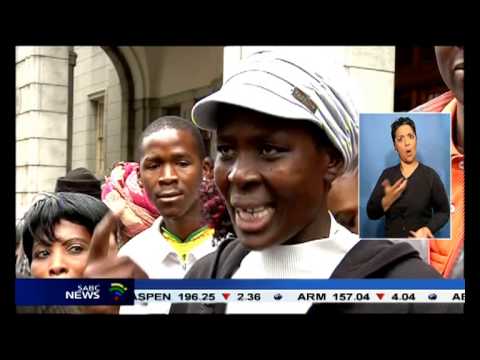 Shew… This is going to be a long thread…

This is an old one but I thought I’d sneak it in here. It is not so much saying something stupid as he said absolutely nothing! Amos Masondo, the then Mayor if Johannesburg
Amos Masondo, Mayor of Johanneburg.wmv

It is probably not Amos Masondo on the video.

It is probably not Amos Masondo on the video.

You’re right. My apologies. I should have read the comments… :-[