My wife and a partner own a small private school. Up to now, they operated out of an old house that was converted into classrooms and some wendy house classrooms. A bit shabby. However, they are building new premises on land that was donated to them by the municipality. Phase one is now nearing completion but look at the ceilings. Photo 1 and 2 are three classrooms front and back. The ceiling in each is 75% normal but then it slopes up at a 45° angle and at the top, there is a louvered panel, with a glass pane on either side. On either side of the room, there are two small windows that can open. The other windows cannot open. The idea is that a “convection” current of air will keep the room cool without an aircon. Will this work with 25 children in the class? It’s very hot up here on the highveld at the moment and those rooms are remarkably cool now, but of course I was alone in there.

Provided the outside air temperature is relatively cool, at least on the side where the roof is at its lowest, it should work quite well. The basic idea behind the design is that warm air rises due to its lower density. It will rise into the inclined recess in the ceiling and out through the louvred outlet vent. As the warm air rises and exits on the high side, it is replaced with cooler fresh air from the outside at the low side. Such a temperature-driven cycle is the essence of a convection current. The greater the temperature difference between the air on the inside and that on the outside, the faster the air will move (within limits determined primarily by the cross-sectional areas and geometries of the inlet and outlet “ports”), so if they’ve done the design correctly for the expected ambient temperature conditions and the number of people, it should work fine. In winter when it’s cold outside the inlet and outlet “ports” need merely be constricted or closed entirely to keep the warm air inside.

One possible enhancement to this system is to channel the fresh air through a mist chamber before it enters the classrooms. In a mist chamber (which needn’t be huge), very fine water sprays (misting nozzles) add some evaporative cooling and also increase the air’s relative humidity. If the outside air is cool enough already, the water merely needs to be turned off. The water consumption would be very low but a good minimum pressure would be required for the misting nozzles to work properly.

My own experience at school would suggest that it doesn’t matter what you do: in summer the classroom is too hot, and in winter too cold.

Nice building design. Are you planning on painting the roof white, which may or may no be beneficial ?

Nice building design. Are you planning on painting the roof white, which may or may no be beneficial ?

Don’t know. The white paint on the walls is the undercoat, those walls will be an “earth tone” color. They also started the brick laying for the walls on the 2nd phase today, even though phase 1 is not finished yet. Phase one was supposed to be done at the end of January, but that is not going to happen. There is a saying that one can double the time that the builder tells you, and then add another week or two.

About the “white = cooler roof”. I don’t buy it. The unpainted corrugated iron reflects much more than a painted surface, does not matter what color, so according to this argument, it should be freezing inside the classroom (it’s not painted) in the middle of the day.

From what I can gather the ratio of a material’s absorption to its emissivity is a measure of how hot it becomes out in the sunlight. Absorption is how well the material absorbs radiation, and emissivity is how well it gives it off. If a material sucks up a lot of radiation (not just visible light, necessarily), but only gives off a little, it will become hot, with a correspondingly high A/E ratio. According to the table below, there is quite a difference between dull galv steel and white organic paint. So I’d expect the painted roof to be cooler than the virgin roof.

Reference: The Solar-AC FAQ: Table of absorptivity and emissivity of common materials and coatings

Or, put more simply, since most of the Sun’s heating energy is transmitted via infrared (IR) radiation, the critical factor for heat considerations of a surface exposed to the Sun is the surface’s IR absorption/reflection properties. A surface that reflects visible light well is not necessarily a good IR reflector.

Speaking about ceilings, there’s been something unresolved in my head since the 1980’s. When Lionel Ritchie claims to be “dancing on” it, are we to visualise him upside down but inside the room like a suspended yet energetic mirror ball, or is he stomping around dodging trusses in the roof space, causing flakes of plaster to rain down into the his guest’s Harvey Wallbangers?

Speaking about ceilings, there’s been something unresolved in my head since the 1980’s. When Lionel Ritchie claims to be “dancing on” it, are we to visualise him upside down but inside the room like a suspended yet energetic mirror ball, or is he stomping around dodging trusses in the roof space, causing flakes of plaster to rain down into the his guest’s Harvey Wallbangers?

He clearly says “on the ceiling” so it must be the second one. Then again, depending on the substance, if he was high enough…

]He clearly says “on the ceiling” so it must be the second one.

The ceiling is underfoot in both cases within the dancer’s frame of reference, so he’ll always be “on the ceiling” from his point of view. The lyrics do not say

Oh, what a feeling/ When we’re dancing on the ceiling / Relative to an observer on the floor.

Which would, of course, have solved the problem immediately.

Speaking about ceilings, there’s been something unresolved in my head since the 1980’s.

Things have changed in building trade. Instead of putting up scaffolding for the 2nd floor, building boxes on that to keep the concrete, and putting rebar into that before pouring the concrete, they use “stressed concrete slabs”. With the old method, you also have to wait for something like 3 months before the bricklaying can go on for the 2nd storey. Here the slabs are made off-site and then put into place once the 1st storey walls are done. They brought it on Friday and by evening it was all in place. Today (Monday) the 2nd storey bricklaying started. 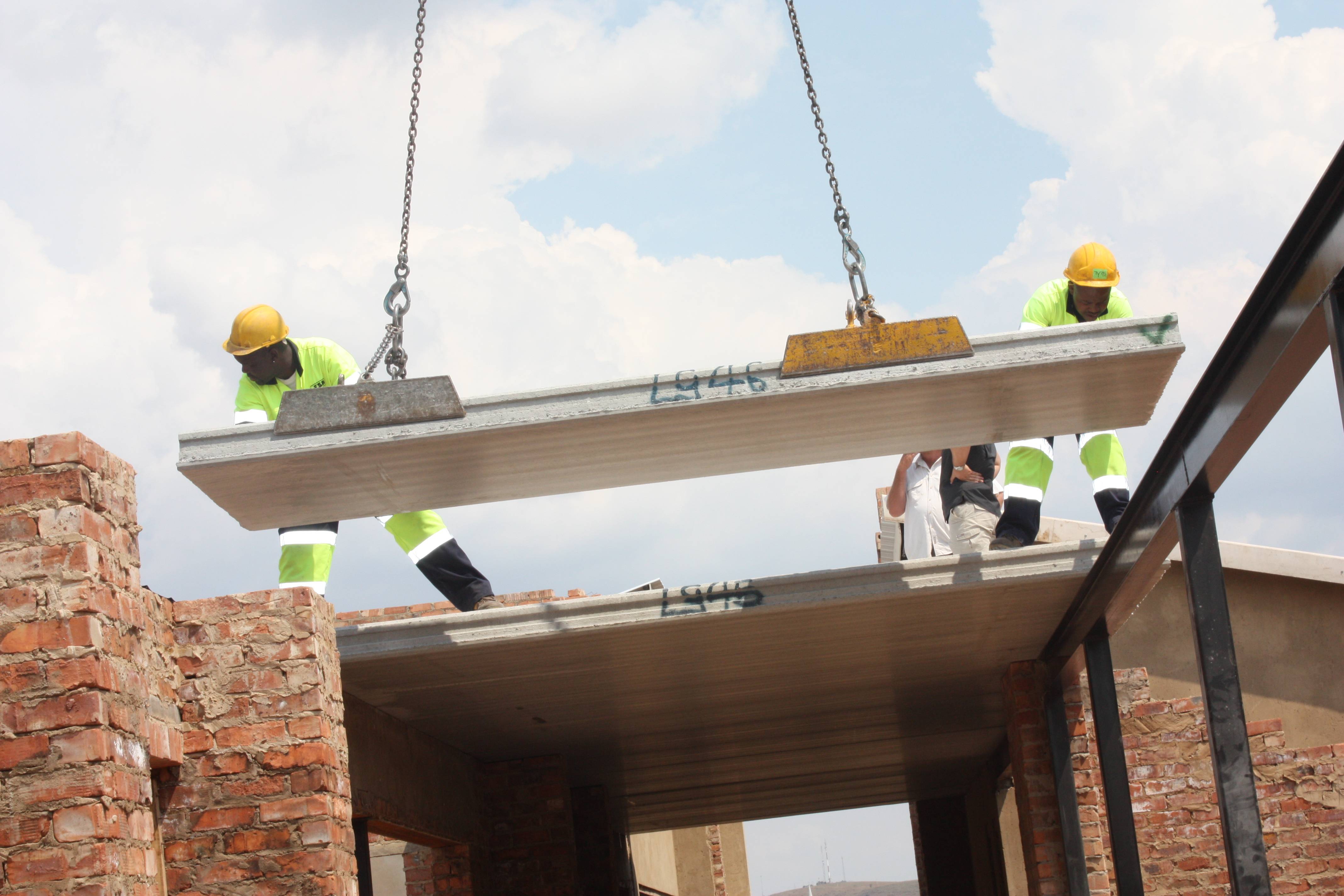 There’s probably some code with which to do it in the SkepticSA window. Or do it in MSPaint: 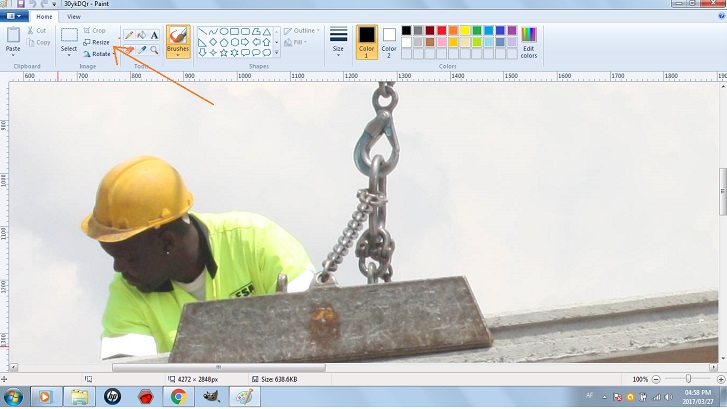 Click on resize, and type in an appropriate number for a message board - 800 pixels usually works well: 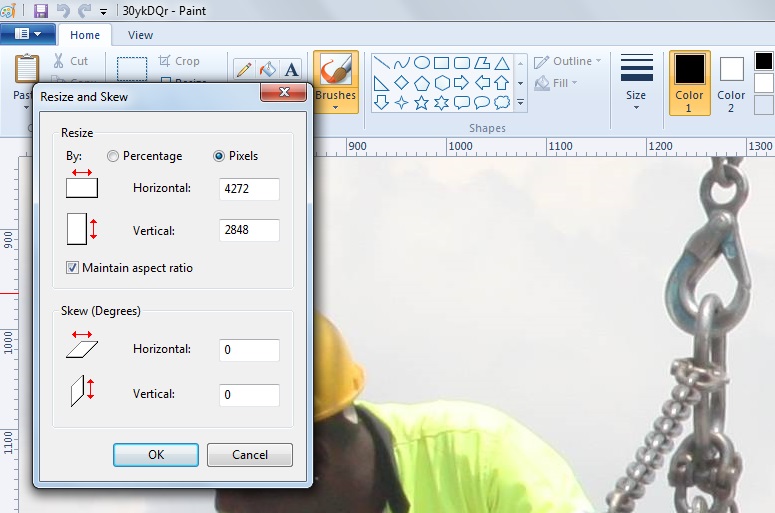 And there you have it: 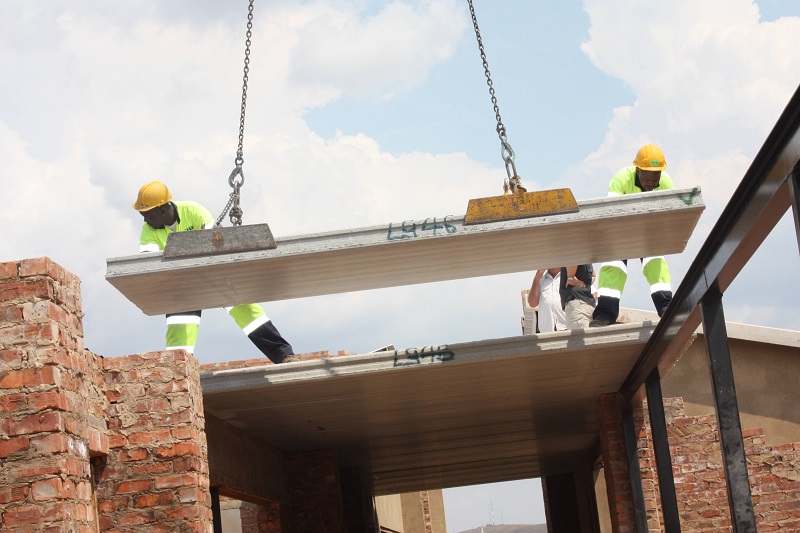 Just add a “width” (or “height”, or both) attribute to the “img” tag. The code looks like this:

The “width” and “height” attributes are measured in pixels. You can get the image’s native width and height in pixels by right-clicking on the source file in Windows Explorer and pulling up its properties and inspecting the info under the “Details” tab.

Here is what the image rendered with above code looks like: