Berlin ‘Forest Boy’ Ray By Fiona Govan, Berlin
9:00PM BST 19 Sep 2011
Two weeks after his arrival in the capital, German police are still baffled as to the true identity of the teenager, who is now being cared for by social services, and are preparing to launch a public appeal.

But it emerged Monday that after telling his incredible story to City Hall staff he was shown the door and instructed how to reach a youth support centre using public transport.

A civil servant who was the first to speak at length with the boy on his arrival at the administrative centre has told the Daily Telegraph that he was a “normal looking teenager” but said it quickly emerged that he had an extraordinary story to tell.

“He didn’t look like at all like a vagrant – he didn’t smell, he was clean, his clothes were clean but he simply didn’t know anything about who he was,” said the female office worker who was called to front desk at the Rathaus by security guards because she speaks English.

Carrying a rucksack and sleeping bag, the teenager called Ray walked through the doors at the impressive red brick building near Alexanderplatz in the centre of Berlin around 4pm on Monday 5 September.

“He said he needed help, that he didn’t know where to go and had no one in the world to look after him. I tried as much as I could to find out details about where he was from but he just didn’t know.”

The teenager, who is described as blond and blue eyed and around 5’11", said he only knew that his first name was Ray and that he was 17 years old.

“He had only a few words of German but was completely fluent in English, and said that his father had told him it was an important language,” said the civil servant who asked not to be named. “Although he seemed to be a native English speaker, I detected some sort of accent.”

The boy told the civil servant that he had been travelling around with his father, who it is thought was named Ryan, for “as long as he could remember” but his father had died and so he had followed his compass north.

“He seemed calm, not scared at all, but quiet. He said he had been told to go to Berlin if he ever needed help and had taken several weeks to walk here,” she said.

Police said he later described how he had been living in a forest for “at least five years” following the death of his mother in a car crash but that his father had recently died in a fall so he buried him in a shallow grave before walking to Berlin.

“He mentioned that his mother had died in a car crash when he was a child and I got the impression he had been in the car too because he then said he had been left with scars on his legs but he didn’t show them to me,” the civil servant said.

The civil servant described how she attempted to find out where he might be from and had to explain to him the concept of a passport.

“He looked completely puzzled when I asked him if he had a passport or identity card and I had to describe what they were. But he said he could read because his father had taught him,” she said.

The civil servant contacted child welfare services and was told to direct him to a crisis centre in another part of the city.

“I printed off a map for him, wrote some instructions and told him how to buy a ticket for the U-bahn (the metro). He pulled some coins from his pocket and asked if it was enough and then I sent him on his way.”

“He said he was looking forward to sleeping in a bed after all that time in a tent and off he went,” she said. “It was the strangest encounter I’ve ever had and I do hope they can find out more about him.”

At the Jugendnotdienst youth shelter – in the Charlottenburg district of Berlin where the teenager was sent, staff said they were unable to comment on the case. But one German teenager residing there remembered his stay.

“He was here for a few days, possibly a week before being transferred elsewhere last week,” said the youth. “He only spoke a few words of German so we couldn’t really communicate but we watched television together and shared some cigarettes.”

Berlin police have made an appeal to Interpol to widen the search for his identity to forces across the world but said on Monday that they had yet to get any response.

Authorities would assign a legal guardian to the boy, a police spokesman said, before the next step in the investigation could proceed. 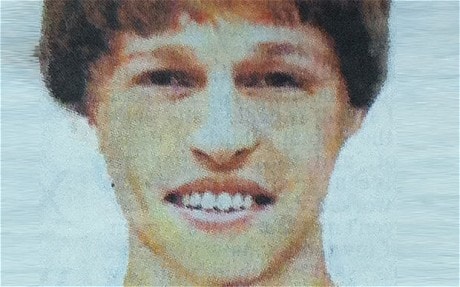 An English-speaking boy who claims he lived rough for five years in a German forest walked in off the street and told staff at Berlin's City Hall: "I'm all alone in the world, I don't know who I am. Please help me."