My landlady’s daughter has been diagnosed with something called fibromyalgia. The problem is, it is one of those things that have such a long list of vague symptoms that one might wonder whether it is for real at all, and if it is, whether it is not grossly overdiagnosed (rather like ADD).

Looking around on the web, I found these two interesting articles: 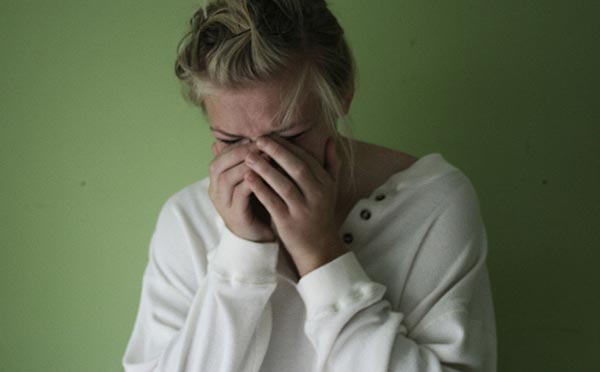 Some say fibromyalgia is a real disease, while others question the diagnosis.

It seems the diagnosis is controversial in the medical community.

My landlady has now gone and taken her daughter to a chiropractor, and listening to what the guy did, it has all my red lights flickering to the point where, four years from now, they’ll be visible from Alpha Centauri. For example, here’s one of the things he did: he had her hold out her arms to the side, and then pressed down on one arm, easily pushing it down. He then placed a single sheet of paper under her foot on that side, and was suddenly unable to push down her arm anymore. He then proceeded to “readjust her muscles” by various manipulations, but cautioned that such “readjustments” need to be performed regularly (thus ensuring return visits).

Thus far, the “treatment” is working like a charm, which at least to me is evidence that there is nothing physically wrong with her; at least in this one case, the diagnosis (done by a conventional doctor) seems to be spurious. She has also visited a (western trained) physiotherapist, and her treatments consist of, among other things, massages designed to “eliminate toxin buildups in the muscles.” But apparently, the physiotherapists’ treatments don’t work as well as those of the chiropractor. Which doesn’t prevent them from now subjecting the poor girl to a whole pharmacy of various drugs and vitamin supplements.

One thing that does seem to be for real is that she has a bit of a scoliosis; I have seen her X-rays and the bend in the spine is apparent even to me. I don’t foresee that the treatments she is receiving at the moment are going to help much.

She is currently studying musical theatre, which is physically demanding and requires a great deal of dancing in various styles, but there is now talk that unfortunately, she will not be able to follow her dream of a career on the stage, because of her disease.

It’s a somewhat tragic thing, because she has already performed in professional productions, and I have noticed that whenever things become really real, her symptoms vanish like magic and she performs like a professional - in short, she is one of those people born for the stage. But that is partly the problem: her entire life is a stage to her, and I get the distinct impression that in some way, she is always performing some role. And her chosen career exacerbates it: among dancers, as with athletes, minor injuries and pain happen all the time and can then be neatly folded into her diagnosis.

Alas, both her and her mother seem to be blind to this, and I foresee yet another life of hypochondria. I have known these folks for many years, and they are like family to me. Also, I live in their garden apartment, and thus I have to deal with this thing every day. And nowadays, I constantly have to bite my tongue not to fly into a rage.

Anyway, I’d be interested in hearing a variety of opinions from our esteemed members here…

While some experts have claimed differently, fibromyalgia is still, according to my own rheumatologist, largely a diagnosis of exclusion where several autoimmune diseases (of which there are over 130 distinct ones) are excluded sequentially, based on the patient missing one or more of each of those diseases’ critical diagnostic criteria. Thus, in practice, fibromyalgia is indicated when the patient’s symptoms suggest an autoimmune condition but no single disease fully explains all of those symptoms. Hence there is still much controversy in the medical fraternity as to whether fibromyalgia is a proper diagnosis. Still, the treatment for many autoimmune conditions is the same, involving mainly chronic immunosuppressant drugs.

As for chiropractic, there are essentially two schools in that discipline. The original, or Palmer, school is the loopy one that associates so-called “vertebral subluxations” with virtually all diseases, similar to the way reflexologists associate each part of the body with a specific area on the foot. The Palmer school of chiropractic therefore believes that spinal manipulations to undo subluxations are all that’s required for treatment. As I said, that’s the loopy branch. The other major chiropractic school, while it hasn’t explicitly abandoned the idea of the subluxation as central to disease, is more in line with modern evidence-based medicine in that this school is much like physiotherapy focussed on the spine. Such chiropractors usually restrict themselves to treating patients with actual neck and back problems or injuries.

That said, it seems that the chiropractor mentioned in the OP is firmly in the Palmer camp. The outstretched arm strength test is actually taken from another CAM diagnostic modality called “applied kinesiology” which the Power Balance bracelet lot used as a promotional gimmick to dupe people out of significant sums of money in exchange for a cheap piece of plastic.

Also, the whole story lends credence to the sad idea that people in the arts are more prone to buying into woo-woo. Gwyneth Paltrow and Tom Cruise are prominent examples.

I have LOADS of first hand experience with this so called diagnoses. In short, they are mentally off their rocker and imagine all sorts of bullshit, they are paranoid and dont hesitate to take others down that tunnel for company. I lost both my house and my marriage because of a bitch of a woman who “suffered” from this “condition”.

This is how it starts:

Also, the whole story lends credence to the sad idea that people in the arts are more prone to buying into woo-woo. Gwyneth Paltrow and Tom Cruise are prominent examples.

Well, I’m in the arts, but not the performing arts. I like to think I’m sane, but of course, that’s what they all say…

Don’t know about Gwyneth Paltrow, but Mr. Cruise’s madness is well documented. It occurred to me that actors are almost by definition people who like to be the centre of attention, and to be applauded. And she’s got a bit of a history: when she was still a kid, her father realized he’s gay, and her parents were divorced. Her father then became somewhat absent and her mother proceeded to spoil both her kids rotten, so that both of them now have issues.

Now as I mentioned before, she’s actually genuinely talented and very good at what she does (from what I hear, Cruise is actually also quite the consummate professional when it comes to his work). I have seen her on stage, and I was pretty impressed. I get the impression that inside that bundle of nerves and paranoia, there’s a core of steel, but most of the time, you’d never guess. She is, alas, highly manipulative, and her mother has fallen for it hook, line and sinker.

Anyway, the whole fibromyalgia thing got me curious. Seems like it might possibly be for real, but it is overdiagnosed, and a whole lot of people are making a fortune out of it. Well, not a thing I can do about it. The funny thing is that her mother is on whole a remarkably rational person in most respects, but when it comes to her kids, she tends to be rather blind, and can get pretty worked up about anything perceived as a slight to them. So I guess this thing will have to play itself out…

Hey, I never meant to imply that all artists are insane, but now that you mention it…

It occurred to me that actors are almost by definition people who like to be the centre of attention, and to be applauded.

It may well be true that narcissistic tendencies are more pronounced or common in artistic types. A friend of mine often says that everyone suffers much the same to a similar degree but that artists just like to whine about it more. That too may be true. I think it’s more to do with divergent basic worldviews concerning humanity’s place in nature. The extreme artistic view is that feelings and emotions are more central to being human than the cautious probing that characterises the hardened rationalist. The artistic temperament often wants to short-circuit the intellectual rigour and methodological discipline that a purely rational attitude would favour. Clearly there’s room for both approaches. The problems always begin when the two collide, as they inevitably will on questions that we humans consider to be important ones.

Well, the medical jury is still out on that. There certainly is a real (i.e., not imagined or largely psychosomatic) collection of symptoms that currently lead to a diagnosis of fibromyalgia. However, because for now it’s a fall-through diagnosis—a sort of catch-all for when a positive diagnosis isn’t forthcoming, much like a diagnosis of “general malaise” was in the past—the technical question is whether it’s a disease in its own right, or a variant or a combination of other diseases where certain markers aren’t in evidence, or the result of certain diagnostic criteria being too rigid or out of kilter. The human immune system is at present still too poorly understood to decide how this problem is to be resolved.

This is how it starts:

Just… wow. That was nasty.

I suffer badly from osteo-arthritis combined with Rheumatoid-arthritis and gout so much so that I am almost unable to brush my teeth or open a can of beer (the latter being critical): the strange thing besides the aching joints for which I am constantly on anti-inflammatories and Colchicine, is the stabbing pains I get where no joints are involved and even in muscles that last for a couple of seconds then disappear. I often thought it may be some type of fibromyalgia or fibrositis but reading the symptoms that’s not it. These pains are severe and move around the body at no particular time or place. The old people used to speak of “Vliegende jig” !

“De jicht “vliegt” als het ware van het ene gewricht naar het andere. In feite slaan de urinezuren afwisselend neer in de verschillende gewrichten.” So the fleeting, stabbing muscle pain doesn’t sound like ‘jicht’? ‘Jicht’ being gout, not arthritis. And although I am not a doctor, I do know that your condition is serious if you can’t open a can of beer! (this post is not intended to make light of your condition, as a fellow osteo-arthritis sufferer you have my sympathy)

And the plot thickens…