A facebook friend posted this. Am I right in calling BS? The caption is “Even squirrels don’t GM corn”.

Well, it’s a picture posted on the web. Let us know when the peer-reviewed study has been published. ;D

It’s corny pop-aganda. The much larger size of the “organic” cob is a dead give away.

The implication is that animals can distinguish the GMO maize from the “organic” maize. I’m not aware of any credible study having ever shown them to have this ability, and there are dozens of ways this picture could have come about, the least likely being through what it suggests.

I attended last year’s rose show near Kirkwood en tow. While waiting for the rest of the troop to wrap up their floribundal olfactions, I sat in the shade of the lecturing gazebo listening to a few of the speakers. Sure as rain, one of the presenters had a go at GM crops. As far as I could make out, he said that, due to the adverse effects of genetically modified plants (improved pest resistance etc. etc.) there are now so few insects available as pollen vectors that many farmers must rely on mobile apiaries to get their plants knocked up. Reportedly, a few entrepreneurial beekeepers have branched their honey farming businesses into servicing desperate plantations. At night, the honey farmer loads some of his hives onto a bakkie and buzzes off to one of his bug-starved customers. Come morning, the bees do their thing, the flowers are pollinated, and the beekeeper leaves with a fat cheque in the cubby-hole of his Isuzu.

Stupidly, I forgot to ask if special GM bees are required for this feat.

To the best of my knowledge, bee keepers have been providing pollination services for ages, since long before GM crops.

These people are all barking up the wrong tree. The problems isn’t GM crops, but the business practices of companies like Monsanto, and those are easily fixed because you don’t need to make new legislation, you need but to repeal some of the existing legislation.

To the best of my knowledge, bee keepers have been providing pollination services for ages, since long before GM crops.

Very likely, Brian. I guess conspiracy theory will suck in anything to make two plus two seem like five.

Considering the insipid grass-like flowers and their location on the plant body, I suspect that maize rely on wind pollination, and not so much insects? Not sure that any bee worth her salt will give those long floppy stamens a second look. 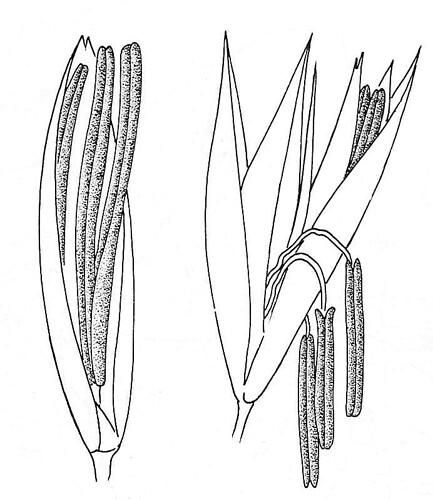 She (my Facebook friend) referred me to this: http://www.ijbs.com/v05p0706.htm Is this a reputable paper? How do I answer her?

What the photos of the mealies suggest and what the research paper concludes are worlds apart. A simplistic distinction between GM and “organic” foods, lumping them all into two vague groups, is exactly what the research paper opposes: “Patho-physiological profiles are unique for each GM crop/food, underlining the necessity for a case-by-case evaluation of their safety, as is largely admitted and agreed by regulators. It is not possible to make comments concerning any general, similar subchronic toxic effect for all GM foods.”

Crop yields can be significantly increased through genetic modification with obvious benefit for food production. It may result in saving water and the reduced use of pesticides. It would therefore be unwise the reject all GM foods out of hand.

There are legitimate concerns regarding the safety and long terms effects of certain GM foods, both on consumers and on biodiversity, that require further research.

Thanks Hermes. I used your above (hope it is OK) replay as an answer. She’s an old skydiving friend that became a real tree-hugger.

You’re welcome.
Warn her that combining skydiving and tree-hugging might result in some organic modifications.

Considering the insipid grass-like flowers and their location on the plant body, I suspect that maize rely on wind pollination, and not so much insects?

Yes, indeed. Though bees do feed pollen to their larvae, and wind pollinated plants produce a lot of pollen. I am not sure whether bees collect such pollen. Never thought about it before, and it is, to my mind, a more interesting question than all the panic about GMOs.

Whoa there… I thought it’s been long held that the decline in bee populations was to blame, which itself has been blamed on the introduction of African bees in Europe and the America’s, and pesticides.

Heck, just this week the EU is moving to ban certain pesticides in an attempt and bring back the bees.

Further to the IJBS GM corn study, there is also the small matter of the authors stating clearly that the hepatorenal and other physiological toxicities they noted could not be ruled out as arising from pesticides (glyphosate, AMPA, and modified Cry1Ab and Cry3Bb1 proteins) that were used during cultivation of the maize. (Pesticides are still applied to many GM crops.) Moreover, the authors conclude that their study needs to be replicated with sharper focus and longer trials across more animal species.

The contention that GM foods are harmful is supported neither convincingly nor generically by this study.

Interesting discussion. I only have a naive appreciation of GM foods and my main concern was that the seeds produced are either sterile or subject to all sorts of contracts with the suppliers of the seeds, which makes farmers dependent on the suppliers.

That paper is interesting too. Didn’t realise that GM plants are engineered to kill insects and other plants systemically - thought the GM part was to make the mealie pips bigger.

And even more interesting. The study mentions that the crops are still being sprayed with insecticides/herbicides despite the plants being modified to deal with such invasions… Hmmm. These GM guys need to do a proper job because they obviously ain’t working. And the authors of that paper need to find a better source of pure GM, unsprayed food to use for their study.

Rebutr’s got no rebut on this yet http://sustainablepulse.com/2015/02/06/roundup-ready-gm-crops-leave-monarch-butterflies-close-extinction/#.VQkxGo6Ucpp. Anybody here got anything on it? I got into a “debate” again with my tree hugging friend.

The impact of GM crops on the monarch butterfly has drawn attention since a 1999 paper in Nature on the topic. It is not related to herbicide-resistance as claimed in your article, but rather to insecticide-resistance. By killing the caterpillars that attack the plant, you would reduce the resulting butterfly population. The extent to which these butterflies are threatened in consequence, is in dispute. It may be argued that human agriculture caused an increase in these populations in the first place. 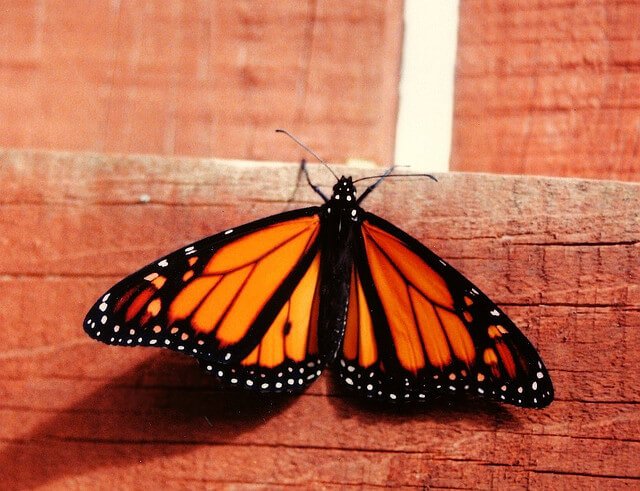 Monarch butterflies have been on a downward spiral for decades, and the most recent news stories report that monarch numbers have reached an all-time low this year. Searching for someone or something to blame, a few environmentally-minded...

May we take a side step for a moment and gawk at the human-ness of all of this.

We engineered INSECTicides, and GMO plants protect themselves against INSECTS, and now people are upset that the result is a reduction in INSECTS, the very thing we were trying to reduce in the first place.

The impact of GM crops on the monarch butterfly has drawn attention since a 1999 paper in Nature on the topic. It is not related to herbicide-resistance as claimed in your article, but rather to insecticide-resistance. By killing the caterpillars that attack the plant, you would reduce the resulting butterfly population. The extent to which these butterflies are threatened in consequence, is in dispute. It may be argued that human agriculture caused an increase in these populations in the first place.

You can’t win against the tree huggers. Roundup is not so bad for the environment. Without it (in my farming days) you had to spray a grass herbicide, followed a few weeks later by a broad-leaved poison. Sometimes we had to follow that with 2,4-D. Agent Orange, the Vietnam poison, was based on this I believe. In my travels, I can even smell it nowadays sometimes. http://en.wikipedia.org/wiki/Agent_Orange It is not a nice chemical.

Ivo Vegter’s got a thought-provoking article in Daily Maverick http://www.dailymaverick.co.za/opinionista/2015-03-17-when-environmentalism-becomes-a-crime-against-humanity/#.VQmW5o6Ucpo