If we were a moon of Jupiter... 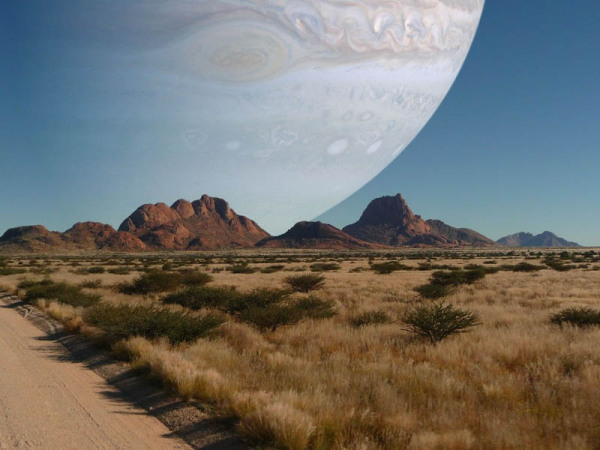 Picture of the Day: If Jupiter Was the Same Distance as the Moon

IF JUPITER WAS THE SAME DISTANCE AS THE MOON   Artwork by jb2386 on Reddit   What if Jupiter were the same distance from the Earth as the Moon? How would it look in our sky? ItR…

Also read the links about some of the effects such a scenario would have on Earth. I’m sure our resident physics and astronomy nerds will have much to add too.

I do enjoy these artistic science mock-ups, such as that of newly discovered extra solar planets and their imagined life forms. This one is a particularly well done and thought provoking picture, because its creator presumably relied more on scientific measurements and mathematics, and less on the imagination. The only thing detracting from its realism is the conspicuous failure to adhere to the Fundamental Dictum of Astronomy: For any celestial observation, the interest value of an object is directly proportional to the density of the terrestrial cloud cover.