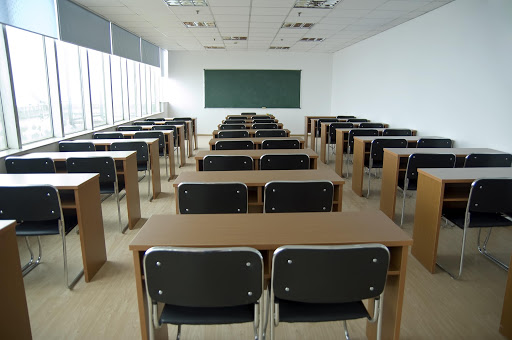 Intellectually gifted children will have a school that caters for their extraordinary learning needs when the Gifted and Advanced Learning Academy of South Africa opens its doors in January next year. Founded by former teacher David Silman, the...

All fine and well, but what I would like to know is how they will go about identifying these children. I have seen too many fall through the cracks and labeled “arrogant, naughty, disrespectful, HDHD and flighty”, simply because they are bored and know the stuff educators attempt to “teach” them. IQ testing has been abolished in schools, so even that filament for determination of potential has fallen by the wayside.

On top of this, I have seen two spectrums of behaviour in these kids, they either retreat to their own inner worlds and go about doing the “right thing” by toeing the line and shutting up around adults or they lash out with behavioural problems in their teenage years.

I had the privilege to observe one such child grow up, at 7 months this kid was sitting in front of a kitchen cupboard opening and closing the door and repeating to himself “open” and he opens the door, and “close” when closing the door. He picked up words and used them in his own language (completely fragmented) instead of making sounds like other kids his age. He’s busy doing his second degree now but is all over the place because the world is far too interesting to focus on one single thing. His parents had utter hell attempting to get him to focus on any one thing for any period of time, he would read the full textbook for a subject in week one of his school year and stuff around for the rest of the year because he knew the stuff after one reading.

Another problem is that schools for the intellectually gifted are perceived as “elitist” etc. I suppose in a way they are, but no one seems to have any trouble identifying and nurturing other talents, e.g. sport, music, whatever. Ideally, we should have places where all children can find a niche, whether they want to study advanced math or tinker with pipes and become the next generation of plumbers. Just about everyone has at least one thing they’re good at, or good enough to eventually turn it into a satisfying (if not necessarily spectacular) career.

But I’m reluctant to say much about this. I honestly don’t know how or even whether we should go to great lengths to nurture great talent. If I had kids, it would be more important to me that they be happy than that they become the next Von Neumann, even if they actually had that potential.

The other side of the coin is the somewhat notorious “Chinese mother” thing in which even untalented children are badgered and bullied daily, and end up being Olympic gymnasts or concert pianists, and personal happiness be damned. Some say it’s a good thing: once you practice enough at something to get good at it, you will begin to enjoy it even if you didn’t before. I wouldn’t know. The libertarian in me balks at the idea of forcing anyone to do anything.