Joel Marks, a Professor Emeritus of Philosophy at the University of New Haven in West Haven, Connecticut argues that there is no such thing as right and wrong and this is a direct result of his “Hard” atheistic views.

Are there any Hard Atheists (only softies here heh >:D) in the house?

An Amoral Manifesto (Part I)

Joel Marks, a Professor Emeritus of Philosophy at the University of New Haven in West Haven, Connecticut argues that there is no such thing as right and wrong

That’s uncanny. My uncle Fanie who worked at the municipality for 35 years said exactly the same thing! Well, he wasn’t my real uncle but a good friend of the family for many years. Anycase, he never bothered to write any of his arguments down, what with sanitation being such a unpredictable and time consuming discipline. I do suspect, though, that he was a bit of a relativist. Or a LaVeyan satanist. Or who are those eye-for-an-eye folks again?

I’ll admit to mulling over the implications of no morality. And came to the conclusion that it’s up to you to define what morality is, before you can decide if you believe in it or not. For instance, in the sense of:

“There is an objective framework, outside of human relativism, in which an action is wrong or right”

Then no, I don’t believe that. There is no right or wrong in an universal sense. If a comet strikes earth and wipes out all life, nobody is there to give a shit and nothing “wrong” happened.

But, in the other sense:
“Humans are a social species. As an adaptation we’ve necessarily evolved certain societal rules to co-exist relatively peacefully”. Then yes, I do believe that in our minds, we hold certain things as moral or not. Sometimes this can get muddled, yes, no-one said everything had to be clear-cut - as I said, the universe can’t give a damn if we can come up with clear-cut black-and-white moral values that are “correct”. If we come up with shit ones, we don’t survive, and presumably those that survive have a suitable set of morals that are condusive to survival.

In agreement with BoogieMonster. Amoral individuals are quickly weeded out. Individuals in moral solidarity will not, at least until recently (maybe a few hundred years ago), think twice about killing off someone guilty of anomalous moral behaviour.

As such, the mechanism by which the moral fibre in a population is preserved, is in itself a bit morally dubious …

I consider myself a ‘hard atheist’ whatever that means but also a realist which in my mind is a natural outflow of atheism. Mysticism is the tenet of religion and it seems some skeptics. Being judgemental, rightly or wrongly or categorising people into narrow little pigeonholes is not helpful.

He rejects morals and then goes to great length to explain how he has morals based on desire and what he personally values. He creates his own moral framework, like we all do, including the religious. He just choose not to call it “morals”.

I notice the difference between hard atheism and soft atheism is rejection of morals. Count me as soft then.

I consider myself a ‘hard atheist’ whatever that means but also a realist which in my mind is a natural outflow of atheism.

Strong atheism and hard atheism are alternates for the term positive atheism, whereas weak atheism and soft atheism are alternates for negative atheism.The terms negative atheism and positive atheism were used by Antony Flew in 1976,and are the more common usage in scholarly writing, appearing again in Michael Martin’s writings in 1990. Usage of the strong/weak terminology grew in the mid-1990s on the Internet. Jacques Maritain used the negative/positive phrases as early as 1949, but with a different meaning and in the context of a strictly Catholic apologist.“Positive explicit” atheists assert that it is false that any deities exist. “Negative explicit” atheists assert they do not believe in deities, but do not assert it is true that deities do not exist. Those who do not believe any deities exist, but do not assert their non-belief are included among implicit atheists. Among “implicit” atheists are thus sometimes included the following: children and adults who have never heard of deities; people who have heard of deities but have never given the idea any considerable thought; and those agnostics who suspend belief about deities, but do not reject such belief.
All implicit atheists are included in the negative/weak/soft categorization. (source Wiki)

Take your pick; depends whose definitions you like/use/adhere to. In my case I am a committed atheist and will fight the good fight via my books until some supernatural deity appears to me and instructs me to desist immediately!

As an agnostic who doesn’t believ there are deities I find the hard and soft definitions too intelekshual for my tiny brain.

The question of “is there a right and a wrong?” can be argued in circles for ever. My experience is that rights and wrongs can only be defined in situation context. You get your ethics from the “ethos” of the community around you. In a singles bar you can get slapped for what you will be begged for in your bedroom.

So if you want to know whether atheists are less moral than the superstitious ones send one of each into a singles bar and count the slaps.

While I’m (1) an atheist and (2) a moral non-realist (i.e. someone who denies there are objective facts about morals), I don’t think (2) follows from (1). In fact, Euthyphro’s dilemma demonstrates that religious people can’t derive a non-arbitrarily morality from God.

So if you want to know whether atheists are less moral than the superstitious ones send one of each into a singles bar and count the slaps.

As an agnostic atheist, I have never been slapped in a singles bar.

As someone who has no idea if god exists, nor too much reason to worry whether she does or not, I have been slapped in a singles bar. But not because of my religious / non-religious persuasion. I was told it was because I had a nice ass. I was laughing too hard to slap back.

I share Brian’s distaste for all these labels. Atheism is not a philosophy. How many brands of disbelieving the existence of dieties can there really be?

Different societies have different cultures and customs. This has led to the evolution of different ethical systems. I can accept a measure of moral relativism in this regard. What I do not accept, is truth relativism. Truth has no cultural bias. Where a moral system is based on untruth, it is necessarily inferior. To regard all moral systems as equally meritorious is misguided. Giving moral relativism free reign on the basis of such a misconstruction introduces a moral impotency that undermines ethical progress.

I don’t understand the writer’s argument that “atheism implies amorality”. There are lots of theories of morality that don’t require a God. And as Michael points out, there are lots of problem’s with God as a source of objective morality (even if we assume that he exists for the sake of argument).

As an interesting aside, I came across an argument recently that our typical understanding of morality implies atheism. The argument starts with a common response to the problem of evil, namely that if an all-powerful, all-good God exists, then all undeserved, involuntary human suffering ultimately produces a net benefit for the sufferer. If this is true, then we do not have a moral obligation to prevent undeserved, involuntary human suffering.

Therefore if you believe that we DO have a moral obligation to prevent suffering (as I think most of us do), it does not make sense to believe in a God that is both all-powerful and all-good.

I think this argument is great as a response to the tired argument that morality requires God.

The paper outlining the argument is here: http://commonsenseatheism.com/wp-content/uploads/2009/11/Maitzen-Ordinary-Morality-Implies-Atheism.pdf

It would be nice if we had a source of objective morality.

Yes it would be nice and comfortable but there is no such thing. Every moral situation can be argued to death. Edward Dahlberg said it best: “Every Decision you make is the wrong one.”

Have a look at this URL and then decide whether you are moral: 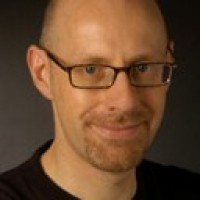 Today I am going to present you with two scenarios frequently used in research examining moral judgments. Here we go…. 1) You are standing at the side of a train track. You see a train approa…

If I remember rightly Diderot in his dictionary had the following entries:
Ethics - see morality
Morality - see ethics

Where’s Tele? I was hoping he’d respond to the Euthyphro’s dilemma thing…

Where’s Tele? I was hoping he’d respond to the Euthyphro’s dilemma thing…

I tend view it as a false dilemma from an A-T viewpoint of course :P.

Right. And the alternative is…?