So they want war do they?

I am pissed off this week because Italy’s Foreign Minister Franco Frattini wrote an article which he published in the Osservatore Romano, a Vatican newspaper, attacking atheists as “perverse” and a “threat to society.” I’ve translated the money quote into English so non-Italian readers can see what theocratic bigots are running the roost here:

“Christians also must be able to forge an agreement with Muslims on how to fight those aspects which, like all extremisms, threaten society. I refer to atheism, materialism and relativism. Christians, Muslims and Jews can work together to reach this common objective. I believe it’s time for a new humanism in order to struggle against these perverse phenomena, because only the centrality of the human being is an antidote to fanaticism and intollerance.”

So it’s war he wants, and he’s rallying his homophobic, misogynistic friends at the Vatican against his fellow citizens in a holy alliance which is supposed to include their worst historical enemies, Jews and Muslims. I’m beginning to think we’ve entered a new phase of religious warfare on Earth: it’s no longer going to be Muslims vs. Christians or skirmishes over minor doctrinal differences, but the faithful against the secular. The only thing they can agree on is that non-believers are the enemy (at least they can finally agree on something) of their unfounded truths.

I should point out Frattini’s howler in his call for a new humanism. Is he really unaware of the fact that almost all atheists are humanists? And that faith in the supernatural is by definition not humanism, because it relies on a power outside humanity to solve humanity’s problems? That’s why we call ourselves humanists.

I wrote a short note to President Giorgio Napolitano over at the Quirinale in my best polite Italian, explaining my personal indignation. The UAAR has called for Frattini’s resignation, stating that his ideas are “clearly incompatible with the [Italian] constitution and detrimental to Italy’s international standing” as a “founding member of the European Union.”

But what pisses me off even more are my fellow atheists and secularists – Italian and American – who chide my microscopic efforts. “Why bother? This country is rotten to the core. It won’t change because you wrote an email or posted something angry on your blog.” What should I do, accept that Italy is a Vatican proxy and that I live in a Catholic theocracy? Are these the same people who want me to “accept” that the Tea Partiers mean business and will be ruling the United States in an Evangelical coalition, imposing their God on the rest of us while we kvetch that “it’s pointless to speak out”? The whole point of Gnu Atheism – if you haven’t been listening - is that those days are a distant memory. Non-believers have begun to speak up in unprecedented numbers the world over and they are not going to shut up any time soon.

Go ahead and declare war on us. We’ll continue to send indignant emails, and start blogs and websites dedicated to combating your superstition, ignorance and contempt for reason. And, in the fullness of time (we can cite the Bible, too, guys) we will win this battle. One blog at a time

it’s obvious that the religious cronies are kakking themselves at the sight of their minions and followers moving away from the stronghold and manipulations of the church. so they have to rally the few and favoured, in desperate hopes of bringing back their sheeples.
quite sad really.
my response would be a plain, flat, ignore.
when you go bananas, then they just use your anger as ammo to show the religious how us heathens are out to steal them from god. the less attention we give bullshit like this, the less there is for them for have a flap about.
like my momma used to say, dont stoop to their level.

I’m a bit more cynical if you like…history is full of examples where those under threat respond violently…already they are talking about any criticism of religion constituting ‘hate speech’ (wonder what criticism of secularism/atheism is then?)…I think it was Ayn Rand who stated that when “evil and ‘good’ (whatever that may have meant) are in opposition, evil will always be triumphant” (or something in that vein). Religion is evil as are those who say “just believe”!

He’s just echoing what the archcretin Ratzinger said in Scotland a few weeks ago about moral relativism. Neither of them make any sense at all.

Just the tip of the Iceberg!

Waleed Khalid Hasayin (pen name: Waleed Al-Husseini), a 25 year old atheist activist, from the city of Qalqilya in the West Bank, Palestine, was arrested by the Palestinian authorities on October 31st, for his activities on the internet in criticizing Islam, using a satirical style of writing.

The authorities have also accused him, of creating a page in Facebook,
talking in the name of Allah the Islamic God, using words similar to
Allah’s Quranic verses, in an attempt to mock God and reveal that his
Quran isn’t really that miraculous, as Muslims believe. This accusation
if true, means only that Waleed is being persecuted for peacefully using
his right to freedom of expression!!

News has surfaced that he is undergoing torture where he is being
detained now :(( and that his life is at stake because he could very
likely be facing a death sentence (at best prolonged imprisonment), and
in addition, the angry Muslim masses are demanding his head, as is also
evidenced by their comments on reports of his case in the internet. The
Palestinian intelligence has reportedly told the media that he will be
referred for a martial court!!! His legal position is not clear, and all
evidence is pointing to that he will be brutally persecuted for merely
expressing his atheistic views. Waleed has done no harm to no one. He
was only using his pen and keyboard to criticize religions and expose
the many problems in them.

Here are two of his blogs
Arabic: 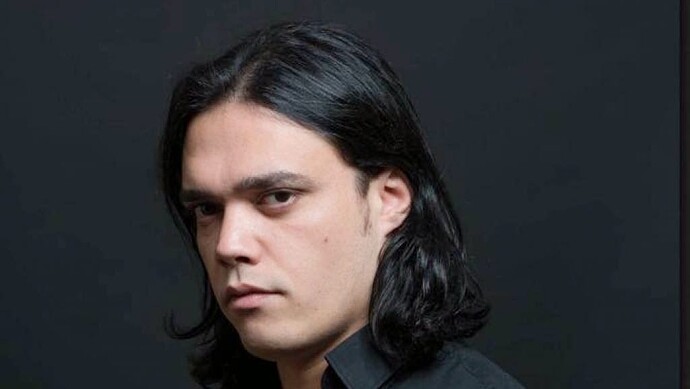 Waleed’s case is of utmost importance because it also signifies the
persecution of a whole minority class which is atheists and freethinkers
in the Muslim world.

Please, Waleed needs our help now. Waleed needs the attention of the
international media, international human rights organizations, plus
strong legal assistance which his friends and supporters unfortunately
are not able to provide for him now.

Brilliant blog and awesome guy. Well spoken and well educated. I am SHOCKED that he is being treated like a criminal - the actions of the Islam community in this regard only go to further prove that what he is saying is true. I take my hat off to him. Respect.

There’s no doubt that any zealous intolerance has the capacity to promote vile malevolence and blind wickedness. It need not even be religious; any irrational ideology, including political ones (e.g. Nazism and Communism), will do just as well to evoke people’s baser passions, provided the ideology is presented to people in a suitably directed way.

None of which subtracts from the eminent fact that Islam constitutes particularly fertile ground for cultivating violent devotees – not that its ignoble evilness in any way excuses its like in other religions.

Consider that the media are largely American influenced and that the lives lost in World Trade Centre are few in comparison to the deaths caused by the Lord’s Resistance Army in Uganda. When it happens in the US, it gets 100X more publicity.

Consider that the media are largely American influenced and that the lives lost in World Trade Centre are few in comparison to the deaths caused by the Lord’s Resistance Army in Uganda. When it happens in the US, it gets 100X more publicity.

Yes and added to that, Islam is a lot younger than most other religions (not that age has created a mature mindset in any of them)and is followed by people who have been as indoctrinated as early Christians were. The violence perpretrated is not merely the result of religious intolerance but also as Mefiante says, is inter alia politically motivated. Power is for example also a major consideration.
I believe that the level of ‘maturity’ (not age) in particular communities has much to do with tolerance, critical consciousness etc. The Muslim community are in my mind not particularly ‘mature’ as were not the peasants of the Dark Ages. Education, development etc are all factors that enhance ‘maturity’ (this was, by the way, well researched by Hersey and Blanchard in the 1970/80’s (reference Hersey, P & Blanchard KH "Management of Organisational Behavior: Utilizing Human Resources 1977 Prentice Hall) as well as by Etzioni 1961 (“A complex Analysis of Complex Organisations” Free Press 1961).
Given this lack of maturity, people can be manipulated, coerced and influenced almost at will and in my view it is this lack of critical thinking that religions and politicians use to get their way. Muhammad actually decried violence in his later readings but encouraged Islam to destroy the Infidels earlier on…this is what detractors ( read USA) say and what Al Queda use to rally support today.