Some Nations under God

I stumbled upon this:

and my curiosity was raised, I rather liked this one:

But thats just because I’m a mommy myself! 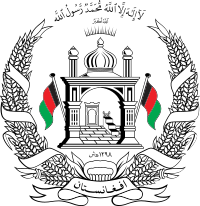 This page lists state and national mottos for the world's nations. The mottos for some states lacking general international recognition, extinct states, non-sovereign nations, regions, and territories are listed, but their names are not bolded. A state motto is used to describe the intent or motivation of the state in a short phrase. For example, it can be included on a country's flag, coat of arms, or currency. Some countries choose not to have a national motto.

Religion in national symbols can often be found in national anthems or flags. This has led to controversy in some countries in regard to the separation of church and state, when the national symbol is officially sanctioned by a government.

with reference to which religion, xtianity being the majority (not surprising)

Not too bad, at least it doesn’t feature god anywere in there.

Coffee, everywhere, I need to dismantle the keyboard now…

And in Malema we trust?

Just need to latinify that and we’re gold.

Just need to latinify that and we’re gold.