The God Virus: How religion infects our lives and culture.” by Darrel Ray

I have just finished reading “The God Virus: How religion infects our lives and culture.” by Darrel Ray. He expands on the Dawkins idea of memes and proposes that those who are religious are infected with a virus type meme that has its own replication as its main purpose. The virus is compared to various viruses that attack the health of humans showing a similarity in the workings of both. The different vectors for this viral meme are described as are the methods used by the virus (meme) to protect it.
It was a slow read in places because of the ideas being expanded on but has given me a lot to think about.

Darrel Ray is an organizational psychologist. He has written a couple of books relating to his work as well as “The God Virus”. 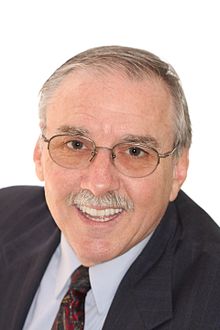 Darrel Wayne Ray (born August 24, 1950) is an American organizational psychologist and author who focuses on topics such as workplace organizational culture, secular sexuality, and the treatment of religion-induced trauma. He is a public speaker, podcaster, and atheist activist, and founded the non-profit organization Recovering from Religion as well as the Secular Therapy Project. Ray was raised a fundamentalist Christian in Wichita, Kansas, by parents who eventually became missionaries, and ...

The God Virus: How religion infects our lives and culture

From Dealdoctor A mong all the books by the "new atheists " Darrel Ray's The God Virus: How religion infects our lives and culture is un...

Among all the books by the "new atheists" Darrel Ray's The God Virus: How religion infects our lives and culture is unique in that it places focus on the methodologies of religion and the common techniques that give it power. It is like there are various different kind of cars but when you look under the hood you see that their engines are so very similar.

Religions are powered by people’s need for social interaction, help in crisis, relief from guilt (particularly sexual guilt) , and also major in the brain chemistry altering power of music, repetition and hypnosis. In other words all of those religious services leave people feeling different mildly euphoric and it is all associated with “god” and “god’s group”.

Ray, does a great job of clearly communicating why religion has so much power over people’s lives regardless of the particular theological content that any one religion may have while it grabs and holds them through extremely powerful psychological techniques. Combine this with meeting the needs for social interaction, guilt reduction, and help in a personal crisis and boom you have a business that is meeting the market needs of the consumer. But the consumer, as all consumers, must pay a price.

Releigion causes sexual guilt, it does not offer relief from it.

Well in xtianity one simply has to pray to relieve guilt.

So it is the cause and the cure in a sense.

We should have support groups like recovering religiosity anonymous
or even mysticism addicts anonymous.

We should have support groups like recovering religiosity anonymous
or even mysticism addicts anonymous.

Would they have to accept a ‘higher power’ as part of the 12 steps?

Perhaps if you mean with higher power: the dark side of the force.

Perhaps one of the most telling giveaways that all is not well with religious belief is the following: If faith is so worthy and fulfilling then why do believers need preachers’ and evangelists’ constant reminders of this? You’d think something so profoundly meaningful wouldn’t need such unremitting reaffirmation all the time.

It’s why I prefer to think of religion as a bad collective habit that exploits people’s need to belong, like an insidious kind of social cancer that doesn’t alarm one’s defences. The analogy with a virus is not above criticism because the afflicted not only don’t recognise that they are ill, but also they reject any such suggestion and consequently refuse any treatment. In contrast, an ailing person almost always knows that they are not well and will normally do something about it.

On my way home from the s/o’s on weekends, i pass the rivers church in sandton.
they have this big-ass billboard outside their premises. i never gave it much mind, as i usually drive by at night. then i notices some quip about atheists, some qoute about atheists believing their existance is an accident. again this week, some anti atheist thing.
makes me realise, that most, if not all, religions are extremely defensive, and insecure.
with the impending threat of rational thinking shaking their coffers, they are taking strain keeping the sheeple in place. thus, they cant argue against sound fact anymore, so now they point out how lonely, miserable, and morally bereft the atheist is.
jesus, passive agressive much?

To me religion is a virus with a payload. It is to me a form of timeless, boundless, stateless government that was designed to control people. Moreover, control people even when they don’t think you’re looking. The euphoria, fear, guilt, etc. to me appear to simply be designed to keep the government perpetuating and omni-present. You’re not going to break my rules if you think I can see you even in your most private moments. In the end the GOAL (IMHO) is to get people to follow a certain set of rules and be submissive to those in power.

Of course, the people who initially sought that power are all dead. But what wisdom to design a system that would make people do your bidding millenia after your death, with the new “leaders” of this government themselves being slaves to it’s dogma and perpetuating it without question or suspicion. That is just pure genius. It is the greatest force for manipulation I can think of. And it’s telling that people seeking power, like Mao et al. Also realise this and elevate themselves to “God” status to try and exert that same level of control.

That is why I also posit to you that it is the most effective form of control ever devised by man, and the most difficult to get rid of.

One of man’s primal drives is fear…this is a defensive mechanism that increases a species’ chances of survival. Exploiting this, religion scares the thingymejigs out of people with threats of fire and brimstone, Inquisitions, excommunication and one of the most powerful is rejection by the common herd, i.e. society. People want to belong and at the same time want to step outside of their dreary lives and do wonderful and exciting things (this is called ekstasis)…religion provides in all these as well through ‘miracles’ belongingness, crusades to do battle with evil, etc. Of course these drives also support Satan worship etc. This is not abnormal, merely part of the human psyche…however when it (religion) starts to impinge on our capacity to think, causing us to function in a conditioned, automaton-like manner it in itself becomes evil. While we can analyse the causes of this evil and debate it to the n-th degree, my frustration is with the solution(s). How can we as atheists, humanists etc. do battle with this evil? I think I’ve said this before…education, information and a constant punting of a liberal philosophy will go a long way, but’s it’s painfully slow.
Labeling the meme helps in pinpointing the cause/effect, but it does not IMHO provide solutions.
How can we neutralise the meme? Can we create an alternative meme to do battle?