Why do Americans still dislike atheists?

Long after blacks and Jews have made great strides, and even as homosexuals gain respect, acceptance and new rights, there is still a group that lots of Americans just don’t like much: atheists. Those who don’t believe in God are widely considered to be immoral, wicked and angry. They can’t join the Boy Scouts. Atheist soldiers are rated potentially deficient when they do not score as sufficiently “spiritual” in military psychological evaluations. Surveys find that most Americans refuse or are reluctant to marry or vote for nontheists; in other words, nonbelievers are one minority still commonly denied in practical terms the right to assume office despite the constitutional ban on religious tests.

Rarely denounced by the mainstream, this stunning anti-atheist discrimination is egged on by Christian conservatives who stridently — and uncivilly — declare that the lack of godly faith is detrimental to society, rendering nonbelievers intrinsically suspect and second-class citizens.

Is this knee-jerk dislike of atheists warranted? Not even close.

A growing body of social science research reveals that atheists, and non-religious people in general, are far from the unsavory beings many assume them to be. On basic questions of morality and human decency — issues such as governmental use of torture, the death penalty, punitive hitting of children, racism, sexism, homophobia, anti-Semitism, environmental degradation or human rights — the irreligious tend to be more ethical than their religious peers, particularly compared with those who describe themselves as very religious.

Consider that at the societal level, murder rates are far lower in secularized nations such as Japan or Sweden than they are in the much more religious United States, which also has a much greater portion of its population in prison. Even within this country, those states with the highest levels of church attendance, such as Louisiana and Mississippi, have significantly higher murder rates than far less religious states such as Vermont and Oregon.

As individuals, atheists tend to score high on measures of intelligence, especially verbal ability and scientific literacy. They tend to raise their children to solve problems rationally, to make up their own minds when it comes to existential questions and to obey the golden rule. They are more likely to practice safe sex than the strongly religious are, and are less likely to be nationalistic or ethnocentric. They value freedom of thought.

While many studies show that secular Americans don’t fare as well as the religious when it comes to certain indicators of mental health or subjective well-being, new scholarship is showing that the relationships among atheism, theism, and mental health and well-being are complex. After all, Denmark, which is among the least religious countries in the history of the world, consistently rates as the happiest of nations. And studies of apostates — people who were religious but later rejected their religion — report feeling happier, better and liberated in their post-religious lives.

Nontheism isn’t all balloons and ice cream. Some studies suggest that suicide rates are higher among the non-religious. But surveys indicating that religious Americans are better off can be misleading because they include among the non-religious fence-sitters who are as likely to believe in God, whereas atheists who are more convinced are doing about as well as devout believers. On numerous respected measures of societal success — rates of poverty, teenage pregnancy, abortion, sexually transmitted diseases, obesity, drug use and crime, as well as economics — high levels of secularity are consistently correlated with positive outcomes in first-world nations. None of the secular advanced democracies suffers from the combined social ills seen here in Christian America.

More than 2,000 years ago, whoever wrote Psalm 14 claimed that atheists were foolish and corrupt, incapable of doing any good. These put-downs have had sticking power. Negative stereotypes of atheists are alive and well. Yet like all stereotypes, they aren’t true — and perhaps they tell us more about those who harbor them than those who are maligned by them. So when the likes of Glenn Beck, Sarah Palin, Bill O’Reilly and Newt Gingrich engage in the politics of division and destruction by maligning atheists, they do so in disregard of reality.

As with other national minority groups, atheism is enjoying rapid growth. Despite the bigotry, the number of American nontheists has tripled as a proportion of the general population since the 1960s. Younger generations’ tolerance for the endless disputes of religion is waning fast. Surveys designed to overcome the understandable reluctance to admit atheism have found that as many as 60 million Americans — a fifth of the population — are not believers. Our nonreligious compatriots should be accorded the same respect as other minorities. 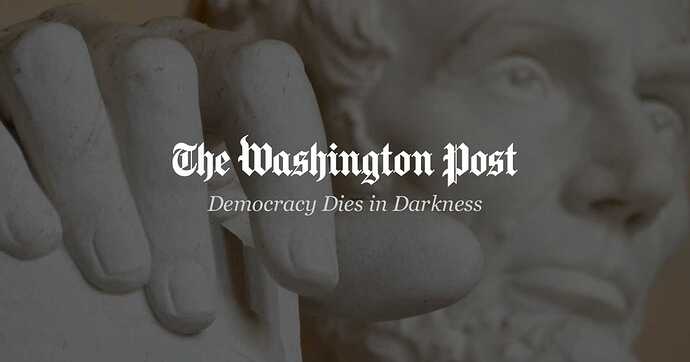 people who were religious but later rejected their religion — report feeling happier, better and liberated in their post-religious lives.