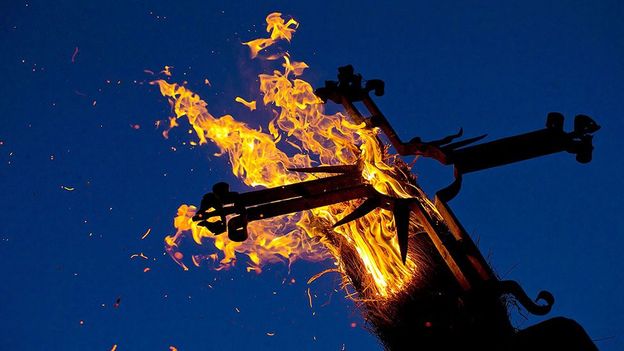 Will religion ever disappear?

Atheism is on the rise around the world, so does that mean spirituality will soon be a thing of the past? Rachel Nuwer investigates.

Any thoughts on this article?

Author seems to state that some scholars believe the following:

For all of these reasons, many scholars believe that religion arose as “a byproduct of our cognitive disposition”, says Robert McCauley, director of the Center for Mind, Brain and Culture at Emory University in Atlanta, Georgia, and author of Why Religion Is Natural and Science Is Not. “Religions are cultural arrangements that evolved to engage and exploit these natural capacities in humans.

I just don’t agree with some of the statements in this article. As if you would be more humane if you had religion…

“There’s evidence that religious thought is the path of least resistance,” Barrett adds. “You’d have to fundamentally change something about our humanity to get rid of religion.”

No, it will never disappear. Some points made in the article I agree with completely. From a psychology point of view, (mine anyway), 99% of people need a crutch, and religion or spirituality is the easiest to hang your issues on, if I have had a rand for every time I’ve heard “God made me like this and nothing I do can change that” I wouldnt be working anymore. You can hang ANYTHING on religion and get away with it. Those that dont go with religion usually replace it with something else, could by anything from Science (for those such as us) or drugs, alcohol or even a mundane thing as having a party every single Saturday evening (for the social types) or any other type of addiction. The community aspect does play a big role, your average atheist dont like people in general very much and thus find it easier to divorce themselves from the social aspect of it, the state of humanity plays a role, with 7 bil + crawling around on this earth, disillusionment with society/community is bound to be rife. There are simply too many of us.

Agree that morality and religion isnt an exclusive state, look at ISIS for an excellent example. I understand the quote differently though, I read it that our “humanness” (which encompass everything from how we think and feel and express ourselves and our emotions) would have to fundamentally change in order to get rid of religion, and I agree with that understanding, we need that emotional crutch - even your garden variety atheist need to hang our hats on something and if we explore our little community we’ll likely find that “thing/s”. For me its suppressing basic emotions such as anger and seek rationality in everything I do, its exhausting though and at times extremely difficult to communicate and maintain. Logic and rational are the two buzzwords in my life and I cling to it like my life depends on it.

I just don’t agree with some of the statements in this article. As if you would be more humane if you had religion…

I don’t think that’s what the article means to suggest at all. Rather, it seems to me to be saying that a “religion and/or god impulse” is an intrinsic property of humans. This urge is a by-product of our evolutionary history: Seeing agency or intent where there is none is better from a survival perspective than not seeing it where there is such. And being so deeply ingrained in our nature, it’s unlikely that we’ll ever shed superstitious and irrational beliefs completely—that is, religious/supernatural ideas of some form or another will persist in us for a very long time to come, but that doesn’t make us any more or any less human/humane.

I don’t think we can extinguish religion any more than we can stamp out the flat earth society or Nazism. Some really bad ideas are with us whether we like it or not, and having such things around are actually a great artifact of freedoms that have been hard-won throughout history.

However, it would be nice to relegate these things to non-influential minorities. And there are societies that have done this. I recently saw Stephen Fry comment that it is odd that the UK is essentially an “ordained” monarchy but simultaneously the statistics say it’s one of the most free and most non-religious societies on earth. Things are not always as they appear.

I actually take more offense to one of the first statements: That our worldview lacks “cheer”, and the heading “Crisis of faith”. It’s not a crisis. But anyway… This article is, in essence, making one of the most tired religious arguments: We cannot, should not, or will never do X because it’s not in our “nature”. We are doomed to suffer our natural proclivities forever. Oh woe! Whether that is driving, flying, walking on the moon, having homosexual relationships, the list goes on… and the claim is as temporary as any of those achievements were before.

What makes us human is our extra-ordinary capacity exactly to overcome our natural instincts, as long as we do it for good reasons.

I don’t know why we in the west always imagine we’re completely alone. China has, rightly or wrongly, basically had an atheistic society for ages, but their “religions” are life philosophies and principles. You can still “believe in something”, even if that something is not supernatural. This point seems entirely lost on pretty much everyone. We in the west already have a rich philosophical tradition that does not require religion, that could serve as a “crutch” and can keep lively debates about the world, our nature, our politics and our societies going deep into the next couple of thousand years. There is SO much to talk about once we get over the mumbo-jumbo bullshit!

What we need to do, is re-calibrate our alleged “natural proclivities” into an alternative avenue, I see no need to shut it down completely. That is the contention only of the religious. It is the Wu Wei: do not be unrelenting like the rock, be like the water that conforms to it as it flows past. We can adapt instead of annihilate.