It gave us this: 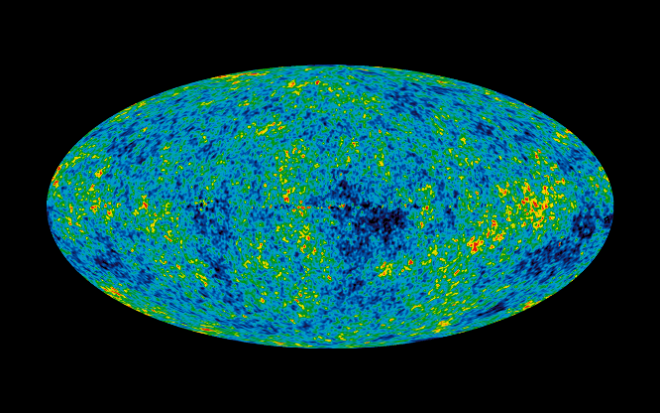 And the most accurate estimation of the age of the universe.

After nine years of plotting the oldest light in the universe, the Wilkinson Microwave Anisotropy Probe has shut down. The satellite, which single-handedly helped establish the standard model of cosmology, took its last look at the cosmos Aug. 20, and settled into a final parking orbit around the sun Sept. 8.

WMAP launched June 30, 2001, with the goal of sensing subtle temperature differences in the cosmic microwave background, the glow of the first atoms to release their radiation 380,000 years after the Big Bang. Since then, it has provided the most accurate measurement of the age of the universe, proved the existence of dark energy, showed that just 4 percent of the universe is made of ordinary matter and supported the idea that the universe inflated from sub-atomic scale to the size of a soccer ball in its first trillionth of a second.